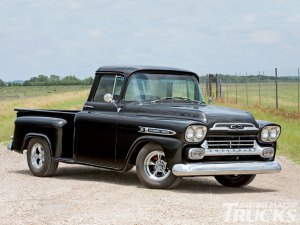 I remember being very young and driving for one of the first times. During one turn, on an old dirt road I took one of my hands off the steering wheel.( You know you just look cooler by holding the steering wheel with only one hand .) My grandfather, who was risking his life by riding with me and letting me drive said “Hold onto that wheel son!!!” . I quickly placed both hands on the wheel and sat up a little straighter. We made it home safe!!

Corrie Ten Boom was a young girl when her and her family were taken into custody and placed into a Nazi concentration camp. Her father and sister both died in the camps. She was held in the notorious Ravensbruck concentration camp. Her and her families’ crime was helping Jews escape the Netherlands via the Dutch Underground. If anyone knew the power of prayer – Corrie did and she shared it in her book : The Hiding Place. Corrie asked this regarding prayer in our life –

“Is prayer your steering wheel or your spare tire?”

Today America, like me on that old dirt road, has taken her hand off the “steering wheel” of prayer. We in fact have twisted the laws of the land so it is a crime to pray in certain places. No one would even think of placing their children on a bus where the bus driver would , while traveling down the road, let the steering wheel go freely by not holding and directing it, but yet that is what we have done with our children by taking prayer out of school, away from sporting activities and from public meetings.
The day after 911 showed America what prayer was for us. Churches were packed as America had taken the “spare Tire” of prayer out and all were praying. As months passed by we securely placed it back in the trunk.
Today more than ever we need to hear the words of my grandfather, of our “GRAND-FATHER” and take hold of prayer and insure that it is our steering wheel and not our spare tire.

Hear my prayer, O LORD, give ear to my supplications: in thy faithfulness answer me, and in thy righteousness. Psalm 143:1

Blessed is the nation whose God is the LORD; and the people whom he hath chosen for his own inheritance. Psalm 33:12
A quick scan of today’s headlines should make us each ashamed and put us running to our altars for prayer.

My grandfather and I made it home safe that day many years ago. I fear that this great nation will leave the road of destiny and careen off the highway of providence if we do not wake up, and hear the words echoed by my grandfather….Hold Onto That Wheel !!!