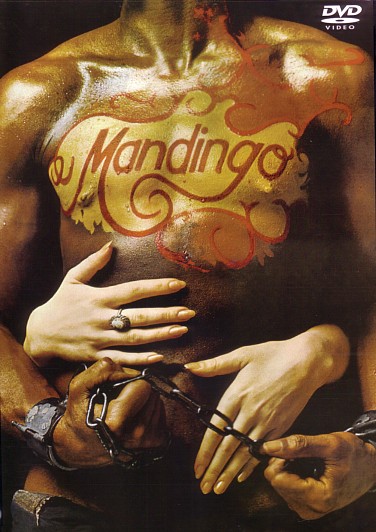 I returned to Scotland on Wednesday night from a few days of meetings in Norway and had to go directly to meetings with BP all day yesterday, so I have been away from the Internet and TV for a bit. This morning I was watching the rebroadcast of the Hannity show from yesterday showing two things – the audience cheering for Herman Cain at the debate this week and the incredible outpouring of racism against him from the Democrats.

I received a few angry emails for my defense of Herman Cain and my coining of the phrase, the “Mandingo Strategy”. You guessed it, I’m a racist for accusing the institutional “progressives” of doing exactly what they are doing.

On November 8th, in Caught in a Category 5 HermanCain, I wrote:

The vague stench of racism is in the air. Racism has become a charge that has been so misapplied as to have little meaning – but at the same time still carries a negative connotation when used by a conservative – it looks desperate after the Left using it to defame every conservative position from the Tea Party movement to simple opposition to Obama’s policies. I dislike that Cain played the race card but that doesn’t mean that I don’t believe that racism isn’t being deployed as a strategy by the media and the Democrats.

There is an insidious subtext to these “harassment” accusations. Having used faux racism charges as a club for the 2008 elections and the entire term of Obama administration, the Democrats believe that there is still one variant that has currency, even if it exists only in their biased minds. It actually says more about how they see Americans, particularity Americans from the South, than what America is really like.

For lack of a better term, we will call this the “Mandingo” strategy.

More than 40 years on, the Democrats still are hurting from what was called Reagan’s Southern Strategy where he was able to gain support from conservative Democrats to achieve election. The standard “progressive” canard is that Reagan was cloaking racism and bigotry in the mantle of “states’ rights” and federalism to capture the KKK and “cracker” vote.  This opposition to an overweening federal government is that same root theology that the Democrats have used to tar the Tea Party as racist.

The Mandingo strategy is the act of a black candidate being accused of sexual misbehavior by a white woman. Since the Democrats still see the people of the South and the Tea Party as racists, they believe that the image of a black stud having his way with the white plantation owner’s wife is the ultimate fear of a conservative.

There seems to be a taboo that these types of interracial sexual congresses are somehow forbidden, but that taboo seems to be propagated by those on the left of the political scene, even as they ignore the facts about it. Black athletes and rappers delight in their conquest of white women as if it is a badge of success that they have achieved the final victory over slavery – they have conquered the white slave owner’s wife or daughter.

The fact is that conservatives don’t care – there are many black conservatives who are married to white women – Justice Clarence Thomas being one of them – it is instructive how little this factors into the conservative mind as opposed to the “progressive” one.

MSNBC’s Toure (single word) says white men have an “instinctual fear” of black men who are in a relationship with white women. Toure is surprised that this so-called instinct has yet to make a significant impact on Herman Cain’s campaign or his poll numbers.

According to Toure, this “instinctual fear” white men have “of black men being sexually inappropriate or aggressive or dominating” with white women runs “very, very deep.”

Toure wonders when this emotion, that he defined but has yet to see, will rear its ugly head? “When is this going to start to come out?” Mr. Toure said on MSNBC’s “Last Word” with host Lawrence O’Donnell.

RCP has the video.

Hannity’s site at FOX has video – here’s the relevant transcript:

CORNEL WEST, CIVIL RIGHTS ACTIVIST, CNN/OCT. 10: I think he needs to get off the symbolic crack pipe.

MARTIN BASHIR, NBC NEWS ANCHOR, MSNBC/OCT. 7: The people that he needs to win over in order to win a primary, those people do not want to hear from a black man who’s aggressive, assertive, angry. They want to hear from a man who is assimilated, calm, measured.

UNIDENTIFIED WOMAN, MSNBC/OCT. 28: I think he makes that white Republican base of the party feel OK, feel like they are not racist because they can like this guy. I think he is giving that base a free pass. I think they like him because they think he’s a black man who knows his place.

HANNITY: A black man who knows his place, curry white favor, bad apple, symbolic crack pipe, before the allegations came up. Why is Herman Cain such a threat to liberal America?

I think my characterization of this “progressive” strategy is correct. We are told that Democrats are the tolerant people, they of the “big tent”, but the Party of Tolerance is, in fact, the Party of Intolerance and is filled with racists and hatred.

Once again we see proof that a political party and their media enablers who examined the Tea Party for raaaaaaaaacism!tm  with the vigor of a proctologist on crack are blind to the true racism issued from their own mouths and publicly broadcast on their very own programs. They found nothing at the Tea Party to hang them with because the accusers had all the rope all along. The political assassination of Herman Cain disguised as “news” is sickening.

But it is OK because “we all know” that a conservative black man isn’t an “authentic” black man – he doesn’t have the “black experience” of living in poverty, being held down by the Man and lusting for white women.

Tell me again how they explain Obama?

A half Caucasian, Columbia and Harvard Law graduate? That’s the “black experience”?

The long and short of it is that I believe Cain – and I also believe that this is a smear, pure and simple.

It is the Mandingo Strategy in full effect.

13 thoughts on “The Mandingo Strategy”