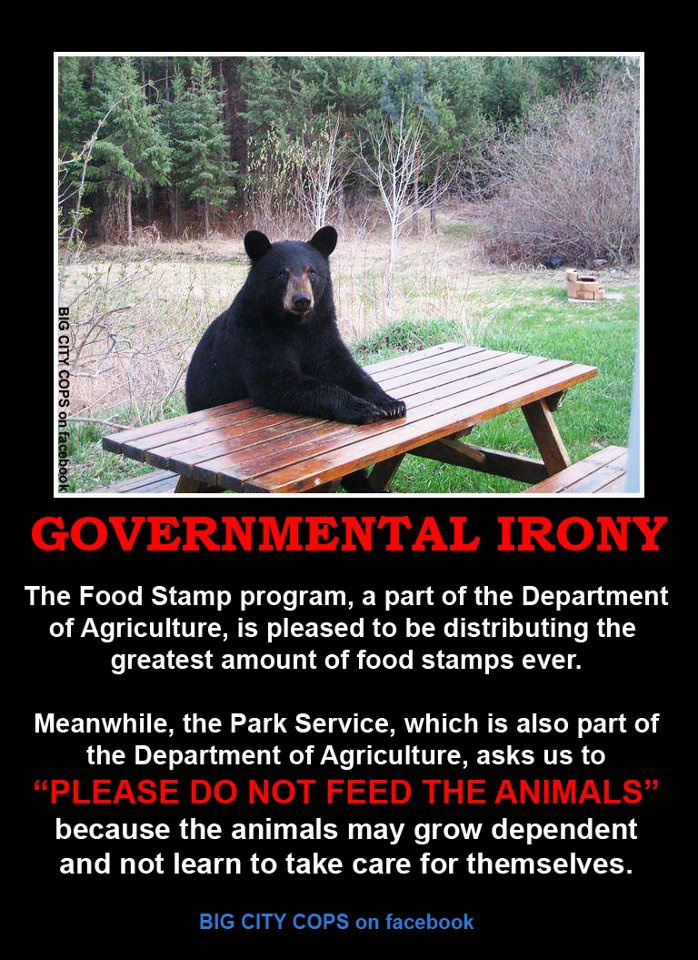 There is a reason that an association is drawn between humans and animals – specifically the association between captive animals in zoos and people captive to the welfare state. While humans have become domesticated, to think that our larger brain capacity and opposable thumbs insulate us from the immutable laws of nature is folly. Our continually growing welfare state, much like a zoo, is growing a segment of our population that is dependent on their handlers for the basic necessities of life. Food, clothing and shelter is provided and since it is at a level slightly above subsistence, there is not as much incentive to leave it behind for prosperity as there would be if the level was less – dependence is created.