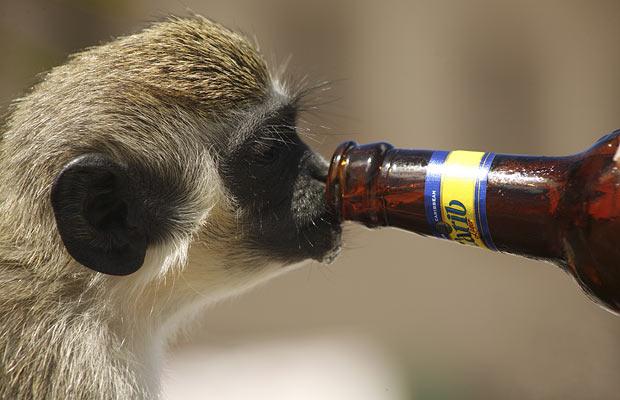 In the “it could only happen in the south” file, we have this little gem from Largo (outside of Tampa), Florida.

A man and his monkey pulled over in Florida

A Florida man is charged with felony drunken driving and wildlife violations after police discovered a small monkey in his truck.

Officers noticed a “small monkey” in Kotelman’s truck and released the primate to his friend.

Now, it must be noted that Florida is one of my favorite adopted home states and I am a Mississippian born and bred, so it goes without saying that I may have a little more experience than your average Joe in matters such as these. Those of us with experience growing up in the rural areas of the American South have to admit that these events, stereotypical or not, sort of fit a southern redneck sensibility.

Kind of says more about me than it does about Eugene Carl, right?

Sure, the guy’s last name isn’t a traditional southern last name; but he does have very southern sounding first and middle names, names that even the best antagonist on the seventh season of Dexter would be proud to have – Eugene Carl. A serial killer with a drunken monkey – sounds like money to me…

Showtime, my number is in the book. Have your people call my people, we’ll do lunch.

Full disclosure – my middle name is Eugene and I may or may not have also given small pets and farm animals alcoholic beverages in the past…but this isn’t about me, let’s focus on the Eugene at hand, shall we?

Police did not have a way to contact Kotelman and no current phone listing could be found.

I’m pretty sure that Kotelman doesn’t really want to hear from any of the media. You can bet your sweet ass that right now he is either, 1) rethinking the whole episode and his priorities in life or 2) drunk on his ass because a small, possibly drunk, monkey was riding shotgun in his vehicle and he really doesn’t want to talk about it.

Can’t really blame him, can we?

After Kotelman was released on bond from the DUI charge, Florida Fish and Wildlife Conservation Commission officers charged him with possession of wildlife and two counts of violating fish and wildlife rules. They took custody of the monkey.

I mean, they took custody of his monkey, a statement dripping with pain and heartbreak for our hero. I’m sure Eugene Carl is just devistated. I gotta believe that he and the monkey were close or else they wouldn’t have been out cruising the Tampa club scene together. Drinking buddies, you might say…

…and then adding insult to injury, they charged our man Eugene Carl with a wildlife violation.

Questions about this injustice abound – what if the monkey was over 21 and drinking on his own? If he was, would that just have meant that he was a funky monkey? Where’s the crime in being funky? (a tribute to Adam Yauch of the Beastie Boys who passed yesterday.)

No justice, no peace, I say. I think he can beat the rap.

What if the monkey wasn’t drunk but was actually the designated driver because our hero EC was crapfaced? Shouldn’t EC be praised for thinking that far ahead and being responsible?

Was EC spanking his monkey? And if so, wouldn’t that be simple assault instead of a wildlife violation?

There is just something sacred about a man and his monkey and being separated from your monkey is an emotional disaster.

Did they even think about that?

Now it is time for the obligatory drunken monkey video:

8 thoughts on “Gorillas With A Twist…Or A Slice of Lime: Primates, Adult Beverages And Rednecks Do Not Mix”