I’m prepared to say that it was a lie. Sure it was an embellishment, but it wasn’t the truth.

It says a lot about a media culture that they can dig for days to find a Republican VP candidate’s time for the Boston Marathon, yet after 4 years, we still don’t know whether or not Obama applied for college as a foreign born student nor have we been able to read any of the papers he wrote while in law school (since he published nothing).

We also still have no realistic explanation of the authors bio, do we? 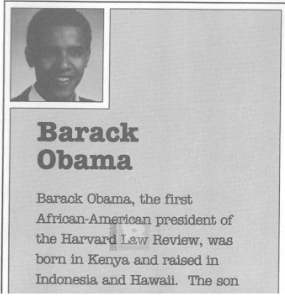 But still, Ryan owns what he said:

Republican Paul Ryan now says he didn’t run a marathon in less than three hours as he claimed in a nationally broadcast interview.

The vice presidential hopeful acknowledged Saturday he had misstated his marathon time by more than an hour. He released a statement correcting the record after Runner’s World magazine found evidence he had completed one marathon, in 1990, and finished in just over four hours.

Ryan told radio host Hugh Hewitt last month he had run a ‘‘two hour and fifty-something’’ marathon. That’s a pace of less than 7 minutes per mile for the 26.2 mile course — extremely fast for recreational runners.

Ryan said he should have rounded his marathon time to four hours, not three.

I thought that the left respected admitting to mistakes – seems like they really, really wanted Bush to do so – even when he didn’t…but maybe that only goes for Democrats where mistakes and lies are celebrated.

21 thoughts on “Ryan Owns His Boston Marathon Statements, Unlike A Certain Unrepentant Liar We Know (With A 16 Year Author’s Bio That Claims Kenyan Birth)”