The narrative coming from Obama (his mouthpieces ARE him: they are one-in-the-same) that these attacks against American interests in the Middle east and across the globe are the result of some 3-month old YouTube video IS A LIE! It only had 40,000 views world wide — and that was after the 9/11 attack on our embasy!

There isn’t even a scrap of truth to what Obama is telling you about this video being to blame for these attacks.  They were well planned long before they happened, and Obama was told they were coming.  The simple truth here is that Obama wants this unrest.  It is straight out of Alinsky’s Rules for Radicals:

THE LEGACY MEDIA ARE NOW OFFICIALLY AN ARM OF THE PROGRESSIVE DEMOCRAT PARTY!

AS PROGRESSIVES, THE LEGACY MEDIA LIES!

These two statements are now established fact.  They are not opinion, they are objective reality.  Those who continue to deny this reality self-identify as supporters of the Progressive agenda and/or the useful idiots that Progressives use to form their power base.

WHEN YOU HAVE A GOVERNMENT THAT OPEN LIES TO ITS PEOPLE, AND THE NEWS MEDIA SUPPORTS THAT LIE, YOU LIVE IN A BANANA REPUBLIC (OR A COMMUNIST DEMOCRACY, TAKE YOUR PICK — THEY ARE THE SAME THING)

If you want to know what is really going on in the world today — even our own nation — you have to turn off the legacy media and start going to foreign sources and the blogosphere.  You will get no truth from Pravda West — not anymore.

As for what is going on in the Middle East: it’s called the resurrection of the Caliphate.  If you do not understand what that means for you and your family, you had better start educating yourself.  Try starting here:

Europe, Globalization, and the Coming of the Universal Caliphate 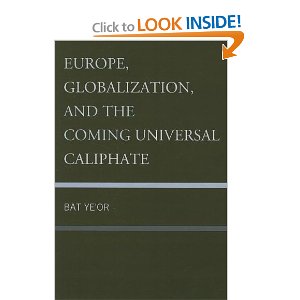 BTW: for those of you who think you can dismiss Glenn Beck, you only make a fool of yourself by ignoring the work he has done on this issue.  He predicted the violence we are seeing right now — almost exactly as it has happened — and he did it on live TV almost 3 years ago.

If Obama had Beck’s proven record for predicting the future, most conservatives would be supporting him.  Yet, for some reason, many will insist on supporting Obama, a man who has nearly a 100% failure rate, while they reject Beck, a man who has been accurate more than 80% of the time.  If you are among this number and you think you are being responsible, or serious, I would like to know how you justify your position against the numbers.