This is another long post, but it has to be. You have to cast a wide net over many years to even start to see and understand the connections involved in what is — if not treason — clearly a case of subversion. So I ask your indulgence. If you do not read any of the links, at least read the titles as you work your way through this post. With luck, something will trigger your “spidy senses.” 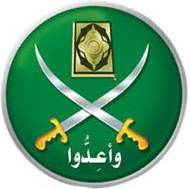 JIHAD IS OUR WAY

OK, so I have had my critics who have said I am making wild and baseless accusations against Muslims and against the leaders in the Democrat Party who I have accused of working with these Muslims and their Islamic organizations. I am told I am being hateful, irresponsible and that there is no evidence to support my charges. Fair enough, I’ll accept these criticisms. Let me take the opportunity to address these critics by starting with a story made very relevant today – especially in light of Benghazigate:

Democratic leader Rep. Nancy Pelosi headlined a high-dollar fundraiser in May that was attended by U.S.-based Islamist groups and individuals linked by the U.S. government to the Hamas jihad group and to the Egypt-based Muslim Brotherhood movement.

Why is this story important? That’s a simple question to answer: the Democrat Party has formed alliances with radical Muslims and Islamic organizations that have sworn hostility toward the U.S. and who have been demonstrated – in a U.S. court of law – to be enemies to the security and well being of this nation. In even simpler terms, it is evidence of treason.

David Horowitz tried to warn this nation about the growing alliances between the Democrat Party and American Left in general back in February of 2006 when he published his book, Unholy Alliance: Radical Islam and the American Left. This book is very well documented and uses primarily open sources that those on the Left would normally accept, such as the New York Times and Washington Post. Here is the listing from Amazon:

The bestselling “Unholy Alliance” is now in paperback! Former Leftist radical David Horowitz blows the lid off the dangerous liaison between U.S. liberals and Islamic radicals. With America’s battle against the disastrous force of terrorism at hand, Horowitz takes us behind the curtain of the unholy alliance between liberals and the enemy – a force with malevolent intentions, and one that Americans can no longer ignore.

But Horowitz is not alone in his attempts to warn Americans about the growing threat of “Radical” Islam between our political leaders and even within our government:

The Grand Jihad: How Islam and the Left Sabotage America

The real threat to the United States is not terrorism. The real threat is Islamism, whose sophisticated forces have collaborated with the American Left not only to undermine U.S. national security but also to shred the fabric of American constitutional democracy—freedom and individual liberty. In The Grand Jihad: How Islam and the Left Sabotage America, bestselling author Andrew C. McCarthy offers a harrowing account of how the global Islamist movement’s jihad involves far more than terrorist attacks, and how it has found the ideal partner in President Barack Obama, whose Islamist sympathies run deep.

For years, McCarthy warned of America’s blindness to the Islamist threat, but in The Grand Jihad McCarthy exposes a new, more insidious peril: the government’s active appeasement of the Islamist ideology. With the help of witting and unwitting accomplices in and out of government, Islamism doesn’t merely fuel terrorism but spawns America-hating Islamic enclaves in our very midst, gradually foisting Islam’s repressive law, sharia, on American life. The revolutionary doctrine has made common cause with an ascendant Left that also seeks radical transformation of our constitutional order. The prognosis for liberty could not be more dire.

But there’s more. The Islamic organization, CAIR, remains an unindicted coconspirator in the largest Islamic terrorist trial in U.S. history. This means CAIR was found to be a terrorist organization by a U.S. Federal court, but it was not charged. What’s more, the U.S. government concurs that CAIR is a threat to the security of the U.S.:
Feds name CAIR in plot to fund Hamas
Fifth Circuit: Holy Land Foundation convictions upheld on appeal: CAIR, ISNA, MAS, MSA et al Must be Prosecuted by DoJ

These stories are just the tip of the iceberg where CAIR is concerned. The Muslim Brotherhood represents another, possibly greater threat to the safety and security of the U.S.:

Want to Know More About the Militant Islamist Groups Exposed in ‘Rumors of War III’? This Companion Profile Tells You

Again, these stories are just the tip of the iceberg. Now, take a look at the NAZI past of the Muslim Brotherhood, their ties to Al Qaeda and their vow to destroy Israel:

Now, look at the evidence tying the Muslim Brotherhood to Syria and the fighting going on in Syria:

Have I lost you yet? I hope not, because this next part is important. Benghazi ties ALL of this together: Pelosi and the American Left in bed with Islamic enemies of this nation, Obama and his Administration in bed with the Muslim Brotherhood, and ALL of them connected to Al Qaeda and the Syrian rebels. These connections are – as you can clearly see – out in the open. There is no conspiracy here; Obama and the American Left have allied themselves with people and organizations who have openly declared their hostility to the United States of America. So, given everything I just presented, why is it such a leap to believe Obama is covering his connections to Al Qaeda, the Syrian rebels and the Muslim Brotherhood in connection to the Benghazi story? Why wouldn’t anyone suspect they are all connected – including the original story about Pelosi raising money from people connected to known terrorist organizations?

[Note to the nay-sayers: before you bother to waste our time telling me that none of these sources are reliable — DON’T!  First, some of this comes from your Leftist propaganda wing, but the majority comes from what is now the real media.  Recent events have proven beyond reasonable doubt that the organizations calling themselves “the main-stream media” are little more than political organs for the American Left and are no more reliable than Pravda was during the cold war.  That doesn’t mean they do not report truth from time to time, it means you have to know how to find the small pieces of truth they report.  This story and these connections are real, and they are well documented.  When the truth comes out, we will learn that this is treason.  What remains to be seen is how many are left with the honor and courage to acknowledge this and then call it by its name.]

4 thoughts on “Islamic Infiltration, Cooperation and Alliances in the Obama Administration”