By shooting the BAD GUY before he can shoot more than one person (or earlier, if you’re vigilant enough):

Man Attempts to Open Fire on Crowd at Movie Theater, Armed Off-Duty Sheriff’s Deputy Drops Him With One Bullet

And do NOT be distracted by the fact that this was an off-duty police officer. He could have just as easily been a private citizen and, since she was off duty, this is EXACTLY what the GOOD GUY was at the time of this incident — A PRIVATE CITIZEN!

This sort of scenario plays out many, many more times than it does the other way around. You just do not hear about it because the media (a.k.a. Pravda West) shares in the government’s objective of disarming the people. It is that simple. There is no other rational explanation because the facts prove the rest is all just a bunch of emotionally charged BS: 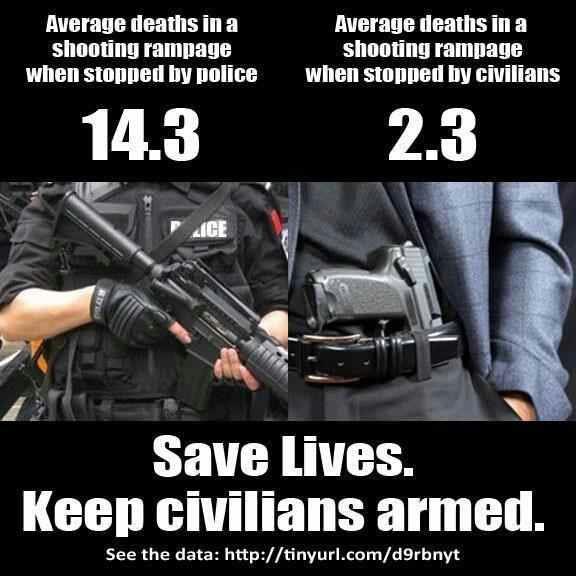 It is immoral to disarm a free and self-governing people — period!

11 thoughts on “THIS Is How We Stop Mass Murders”