HIGH NOON: SHERIFF BIDEN, NRA SHOWDOWN...
'The president is going to act'...
BANG BANG: CUOMO TO ANNOUNCE SWEEPING GUN LAWS...
Iowa lawmaker calls for confiscation...
CT lawmaker calls for background checks to buy ammo...
Gun sales soar in Atlanta...
'Folks are grabbing just about any gun they can get their hands on'... 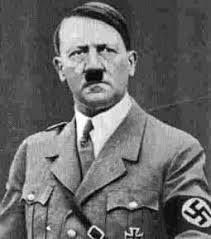 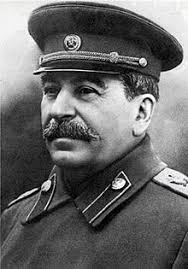 This is what the front page of The Drudge Report looks like right now, and IT IS DEAD ON ACCURATE!

If you are one of those who thinks people like myself are making much to do about nothing, you couldn’t be more wrong — nor could you possibly be more of an enemy to your country.  yes, if you are not alarmed by this story, I am accusing you of subversion/treason.

If Obama tries to remove a constitutionally protected INDIVIDUAL RIGHT by decree, this would be an act of tyranny.  This is not “my opinion,” it is a cold, hard fact!  Here, read the definition of tyranny:

1: oppressive power <every form of tyranny over the mind of man — Thomas Jefferson>; especially : oppressive power exerted by government <the tyranny of a police state>
2a : a government in which absolute power is vested in a single ruler; especially : one characteristic of an ancient Greek city-state b : the office, authority, and administration of a tyrant
3: a rigorous condition imposed by some outside agency or force <living under the tyranny of the clock — Dixon Wecter>

4: an oppressive, harsh, or unjust act : a tyrannical act <workers who had suffered tyrannies>

THE PRESIDENT OF THE UNITED STATES DOES NOT HAVE THE AUTHORITY TO AMEND THE U.S. CONSTITUTION BY DECREE!  On the contrary: he swore an oath to prevent people from doing exactly what he is now threatening to do.  But then, I have warned you that tyrants will always tell you what they intend to do, you just have to have the courage to believe them, and then act appropriately.

The Left will ALWAYS tell You what it Plans to Do

Now, if Obama bans the very types of weapons we would need to resist open oppression, what is to stop him from carrying out on his threat to restrict our free speech?  Folks, these are the last two constitutional protections left: the right to speak our minds and the right to defend ourselves from tyranny.  Everything else has been trampled.  These last two are all that remains of our liberty.

So, if Obama does what he threatens to do, the time will finally be at hand to decide whether or not you will be this man:

11 thoughts on “WARNING! Next to the Last Stop on the Road to Total Tyranny is Here”