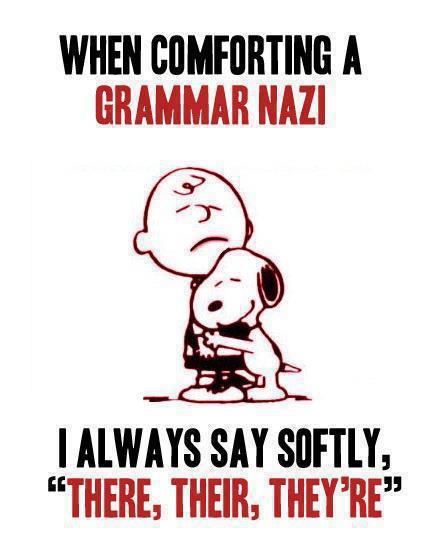 I have a confession to make: I can’t spell!  Yeah, I know that’s shocking news to the rest of you “spelling-challenged” readers out there, but it’s true.  That means, if you are going to read what I write, you are going to find misspelled words.  That’s just the way it is.  But one of the things you won’t find – at least, not often – is an intentional mistake in reasoning.  You see, while I might not know how to spell, but I know how to reason, and because I know how to reason, I know that dismissing an argument over a misspelled word is less of a comment on the author or the argument than it is about the rationality of the person doing the dismissing.  In other words, if you think a misspelled word means you can ignore and argument, you are the one who has made the real mistake.

Now, my story begins in Rudyard, Michigan, back around 1970-71 – when I first started grammar school at age 4.  At that time, the school I attended, Rudyard Elementary, was experimenting with a new way to teach children to read.  I was “lucky” enough to be part of this test program.  If memory serves, this system was called the AEI Reading Program.  It used its own alphabet.  For example, it used special vowels, one of which looked like an “a” and “e” joined back-to-back, and another did the same thing with an “i” and “o.”  This system also used its own method of spelling.  We spelled words the way they sounded – using our own alphabet, that is.

Now, this system worked – to an extent.  The library had to keep its own aei book list because the language is different enough that, until you are very proficient at it, you can’t really read regular English well.  But it was easy to learn and those of us who were the subject of this “experiment” quickly mastered the ability to read.  By the time I was in the 3rd Grade, I was reading at an 8th grade level, and at a college level by the time I left the 5th grade.  However, I was never taught the rules of correct spelling.  You see, the aei program just assumed I would pick that up (or, more likely, the liberal educators who designed it didn’t think spelling mattered).  I have paid the price for this ever since.  It might also be why the system never gained widespread acceptance, I just don’t know.  Today, it’s nearly impossible to find anything on it.  It’s just another failed liberal experiment that was conducted on the children of our nation.  Thank you, John Dewey.

On the other hand, I did very well when it came to learning the rules and application of the rules of logic.  That application is called right reason, and, when conducted properly, it can help a person guide themselves through all manner of investigations.  Furthermore, it provides a reasonable level of assurance that whatever conclusions result from that instigation can be assumed to be relatively reliable.  One of those rules of logic tells us that we can’t dismiss an argument because of a misspelled word.  In fact, we can’t even make an assumption about the intelligence of the person who misspelled that word – especially in this day of auto-correct.  The people who think they make a point by dismissing an argument due to a misspelled word are actually announcing that they don’t know enough about how to think to even make a judgment about that argument, let alone the spelling of the word.  Yet, sadly, many of these grammar NAZIs believe they are the more intelligent among us.  If only they understood that intelligence does not equate to understanding or wisdom.  So, while many more people seem to know how to spell, too few seem to know how to reason.  When it comes to thinking, I think Thomas Sowell nails it with this comment: 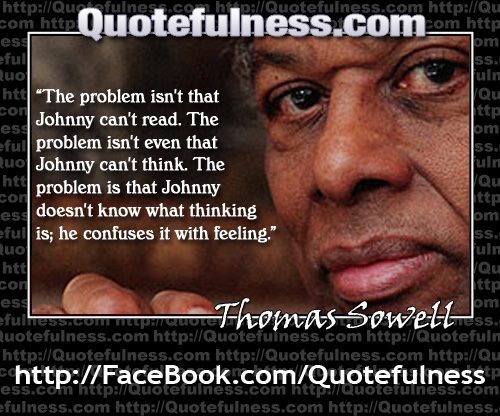