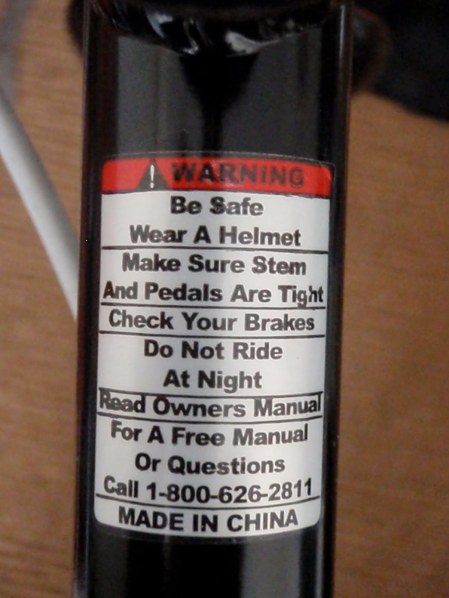 I read an op ed this past weekend that has to rank up there with the dumbest collection of words ever published.

Well, that’s likely not true – because the author of the opinion piece is also the author of a “book” titled, Against Autonomy: Justifying Coercive Paternalism – I haven’t read that bodice ripping page turner but if the NYT piece is a taste, her book is a monumental black hole of arrogant ignorance and I doubt I will waste my time.

She is an assistant professor of philosophy at Bowdoin College, Sarah Conly is her name and apparently authoritarianism is her game.

Conly argues against John Stuart Mill’s seminal work On Liberty. Mill, as well as other philosophers and political theorists like him, posited that we should respect the decisions of individual agents when those decisions affect no one other than themselves. Something that we have made the case for here at TRNL is that to respect that autonomy is the chief way to bear witness to the intrinsic value of persons. In this article and her book, Sarah Conly rejects the idea of autonomy as inviolable.

John Stuart Mill wrote in 1859 that the only justifiable reason for interfering in someone’s freedom of action was to prevent harm to others. According to Mill’s “harm principle,” we should almost never stop people from behavior that affects only themselves, because people know best what they themselves want.

That “almost,” though, is important. It’s fair to stop us, Mill argued, when we are acting out of ignorance and doing something we’ll pretty definitely regret. You can stop someone from crossing a bridge that is broken, he said, because you can be sure no one wants to plummet into the river. Mill just didn’t think this would happen very often.

Mill was wrong about that, though. A lot of times we have a good idea of where we want to go, but a really terrible idea of how to get there. It’s well established by now that we often don’t think very clearly when it comes to choosing the best means to attain our ends. We make errors. This has been the object of an enormous amount of study over the past few decades, and what has been discovered is that we are all prone to identifiable and predictable miscalculations.

I never read Mill to understand that the decision of the individual was inviolable. The individual can and does make voluntary trade-offs when integrating into society – they voluntarily subjugate decisions that would maximize their benefit to those that better their community. What I understood from On Liberty that an individual’s right to decide for themselves was inviolable. Mill never presupposes that individuals will always make the correct decision; he just states that nothing should interfere with his ability to make that decision, right or wrong.

Conly asks that we accept three aspects of her “paternalism” as true in order for her thesis to have merit. For her version of paternalism to be workable, we have to:

This line of “reasoning” is remarkable as it mostly comes from academics and political elites who simultaneously argue that while you, the weak-minded plebian can’t be expected to make decisions for yourself, somehow a collection of individual elites are capable of making that decision for you.

Well, we all know how good our government is at getting it right. From whether eggs or coffee are good/bad for you to going to war, there are examples that Conly is wrong in anything except a theoretical sense. Take the cases of the wars in Iraq and Afghanistan – the left will constantly argue that these were mistakes and errors on the part of the Bush government but things like “leading from behind” and Benghazi are not the fault of the Obama Administration and represent “smart” policy. No matter if you support or oppose either of these positions, they both can’t represent correct decisions by government.

But again, this is not the way America is structured or is designed to work. I’ve long held the opinion that our troubles are not because somehow our Constitution has failed us; we have failed it by trying to operate a collectivist system in the framework designed for a representative republic:

America doesn’t need a new governmental system. What we absolutely don’t need is the socialism of the Obama administration, the Marxism of the Occupy Wall Street “movement” or the communism of the columnists of the New York Times. Our Constitution (and the governance that flows from it) was never designed to operate under such circumstances. What we are doing today just as ineffective as trying to change a flat tire with a frying pan or to fry an egg with a lug wrench. Our government isn’t working, not because it isn’t the right system, it is because the things that it is being driven to do were never part of its scope. It didn’t leave us, we left it.

America is not now, and never has been, a “top down” culture; rather it is “bottom up”. We simply have never done command and control; we are a nation born of rebels.

Her dismissal of John Stuart Mill smacks of building a straw man as well. Mill’s “harm principle” – the idea that as long as your actions don’t directly hurt others, you should be free to wreck your own life – doesn’t depend on any notion of “ourselves as completely rational.” It’s a much softer conception than that. Conly is right that our general understanding of the human mind has developed greatly from the 19th century. Indeed, it’s gone all the way back to Hume’s understanding that reason is a slave to the passions (broadly speaking, that the brain is a sloppy computer that is marinated in all sorts of fluid that keeps us from being pure Vulcans). But shouldn’t that recognition also work to limit government actions as well as those of individuals? The soda ban, for instance, doesn’t spring from the spirit of the people or of the era but from a handful of highly placed individuals whose rational faculties are just as brokered as the most soda-enslaved among us. If the shlub on the street can’t be trusted to run his own life due to evolutionary limits placed on his decision-making apparatus, why would Mike Bloomberg be any different?

Perhaps more important in this sort of argument, Conly is – consciously or not – smuggling in a highly tendentious sense of role of government – it’s supposed to “help us get where we want to go.” That’s as peculiar an interpretation of “life, liberty, and the pursuit of happiness” as you’ll ever read, and it’s certainly one that stands opposed to the safeguards put in place to limit government and maintain the rights of minorities. Who’s we, kemo sabe?

What Conly and authoritarians like her really want is the “right” people making decisions for the rank and file based on their idea of “right”. Happiness is efficiency through subservience to authority. War is peace. Freedom is slavery. Ignorance is strength. How 1984 of her…

There is that pesky question again that the collectivists seem unwilling to answer.

11 thoughts on “Are We Just Too Stupid To Live?”