Many Americans do not realize that there is another legal way to remove a sitting President from office: by invoking Section 4 of the 25th Amendment.  This is where provision was made to declare the President mentally unfit to execute his duties.  I am saying that Obama has provided ample evidence that he is mentally unfit for office and today’s speech about the Obamacare web site is just the latest in a string of evidence to this fact.  But there is more to my claim, and if you will allow me, I can use the President’s speech today to link him directly to one of the most mentally deranged figures in the 20th Century – Adolf Hitler!

First, the President lied today.  Most every claim he made about Obamacare and his web site was a blatant, intentional, bald faced lie.  And there is ample evidence of this fact:

At the White House: Obamacare success stories that aren’t

But most strikingly, Obama’s sycophants in the ‘main stream’ media are finally starting to admit that Obamacare is not the success Obama claims it to be:

Almost criminal rollout of Obamacare?  Well, the media didn’t catch the full truth on this point.  The Obamacare web site is criminal: it is in violation of the U.S. Copyright laws:

Now, here’s where we can connect Obama’s belief that he can just tell whatever lie he wants – no matter how big – and the people will believe him.  When he does this – and he does it as a matter of routine — he is exhibiting the same sort of mentality as Adolf Hitler:

“The size of the lie is a definite factor in causing it to be believed, for the vast masses of a nation are in the depths of their hearts more easily deceived than they are consciously and intentionally bad. The primitive simplicity of their minds renders them a more easy prey to a big lie than a small one, for they themselves often tell little lies, but would be ashamed to tell big lies.”

Now, I am no psychiatrist, but then, I do not need to be to determine that anyone who either believes the lies he is telling, or who believes there is nothing wrong with telling them – especially on a grand magnitude – is suffering from insanity.  This is one of the main reasons most people understand Hitler was insane.  Now, here is Obama: exhibiting much the same behavior as that exhibited by Hitler.  Furthermore, I do not need a degree to determine Obama is exhibiting signs of insanity, and neither does anyone else who can read the understand the definition of the word, and sees that Obama meets the requirements of that definition:

1:  a deranged state of the mind usually occurring as a specific disorder (as schizophrenia)

2:  such unsoundness of mind or lack of understanding as prevents one from having the mental capacity required by law to enter into a particular relationship, status, or transaction or as removes one from criminal or civil responsibility

3a :  extreme folly or unreasonableness

b :  something utterly foolish or unreasonable

This is why I am seriously advocating that the House vote to invoke the 25th Amendment and remove this lunatic before he does something that even he recognizes as harmful to this nation. 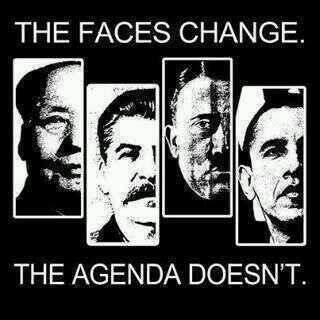 8 thoughts on “Time to Sick the 25th Amendment on Obama”