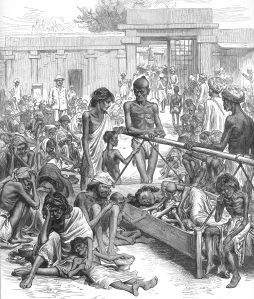 I’ve been really negative over the past few years…actually since about midway through the first W.Bush term due to how the Democrats, having recovered from their momentary brush with reality after 9/11, saw political advantage in every single wartime setback and chose to honor their 60’s anti-establishment roots by ripping America and every citizen who expressed a little patriotism to little tiny pieces.

That experience changed me. It hardened me and it caused me to believe that my opponents weren’t just my opponents, there are actually people out there who despise me and my way of life.

I’ve assigned a number of motives to that degree of hate but in all honesty, I don’t know what drives it – it is seemingly something different every day – although the Seven Deadly Sins and the Ten Commandments seem to sum up about two thirds of the hate I can identify, the rest is just too irrational to even begin to try to define. That last third is like being in a den of snakes – no matter where you turn you are bound to be bitten.

There’s a name for that, it is called Kafka-trapping – basically it means that your denial of a thing is actually proof of your guilt. It is an end to any legitimate debate because the side who invokes this strategy silences you with their position that no matter what you say, they are right and you can never be.

Over 200 years ago, Thomas Robert Malthus proposed that catastrophes such as famine, disease and war are the manners in which Nature culls population. 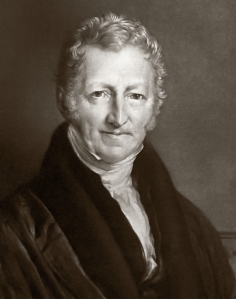 Western Civilization has largely found ways to avoid such catastrophes – or at least to blunt them. That is a wonderful accomplishment – and if one is truly honest about it, the reason for this is that the ideas of individual social and economic freedom are what unleashed the power of the human mind in a scale never seen in world history.

We are undeniably the healthiest, most prosperous, most free and most mobile world that has ever existed (and those things are distributed more widely than ever before) but I have to wonder if our very prosperity is our greatest enemy. I also have to wonder if there is a valid Malthusian perspective where truth and reason are concerned. I seems that while painful catastrophes like the Great Depression and WWII do cull the population, they also serve to cull from society the irrationality, unseriousness and triviality that are so celebrated in our intellectually lazy society today.

I guess I’m just a troglodyte. I’m sure no survivalist, but I do tend to evaluate the worth of things in terms of what would aid me in surviving a collapse of society. For example, if we awoke tomorrow to a total collapse of everything, I know that not only the skills that I have actively accumulated over the years but my leadership ability would allow me to provide food, clothing, shelter and security for my family far better than say, the skills of a community organizer who has a specialized degree from Harvard Law School and little practical work experience.

While it seems counterintuitive, one wonders if the death of truth and reason is the price society will pay for prosperity, safety and security.

I’ve never thought of myself as a Malthusian, but I guess where truth and reason are concerned, I do have a little of ole Robert in me.

7 thoughts on “My Malthusian Perspective”