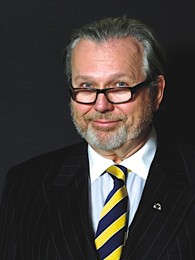 Although “Progressives/Communists” are generally economic illiterates like our Hollywood airheads, even they should be able to master the concept that nothing is “free” in any human society. What Sandra Fluke demanded was that other Americans pay for her birth control, even though as a privileged law student she could easily pay for it herself. What Arquette demanded at the Oscars, while clutching a swag bag worth three times the average American family’s annual income, was that hardworking, tax paying Americans be taxed

more so that she can feel good about forcing other Americans to salve her ignorant, Progressive bleeding heart!!!

No one questions that disabled Americans or those that need temporary help until they can find a new job require help, & Arquette could voluntarily support hundreds of independent charities who provide that help, but that is not what Fluke or Arquette or Obama or Karl Marx have ever really sought. It’s not about helping anyone, because churches & charities have provided help for almost 250-years & still do.

from us under illegal policies since 1913. Why??? Because Progressives, like other Communists, want to establish an all-powerful Federal government that will dictate all aspects of our personal & economic lives, while also creating a permanently government-dependent underclass that will support them because “Obama” or whoever replaces him, will give them “free shit” that other Americans are working to pay for while trying to also responsibly support their own families.

And the elites, which in the Soviet Union were called the “nomenklatura,” live like kings & queens. Sound familiar??? The elites in America are the crony capitalists who are willing to play the Progressive shell game by supporting Progressive politicians who in turn provide government “stimulus” funds, no-bid contracts & protection from nasty free market competitors…like the Fat Cats blocking the Keystone Pipeline because they hold investments

And the Hollywood airheads, who walk away each year from the Oscars with hundreds of thousands of dollars of their own “free shit” are all part of the Progressive Establishment, which exist in both the GOP & the Democrat parties, but the Democrat Party is now composed entirely of Progressives, while the TEA Party & the libertarians have actually been reducing the GOP’s Progressive Establishment Wing in recent years.

The GOP, of which I am not a member, is the only hope to stop America’s slow

slide into Communism, which the old Soviet Boss Khrushchev warned us about when he said America will accept more & more Socialism over time until one day they (us) will wake up & realize they have a Communist regime in place!!! Under lifetime Communist Barack Hussein Obama America is perilously close to taking the final step into Communism, which will mean the disappearance of individual freedom, free markets, protection of private property rights & limited government.

Our Founders’ brilliant & exceptional vision would be replaced by an ideological Hell, enforced by IRS, Homeland Security & other geniuses, who cannot even be trusted today to send out the right tax forms

. This must be resisted by all possible legal means!!! Long live Liberty!!! CDE

2 thoughts on “HOLLYWOOD “PROGRESSIVES & WHAT THEY REALLY WANT!!!”