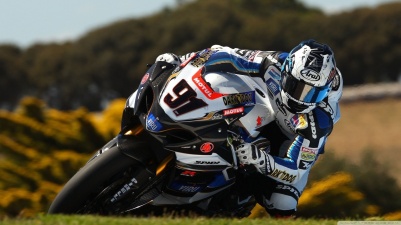 I’m beginning to think that classical liberals need to start planning for the era beginning in 2021 AT. No, not AD as in after the death of Christ, AT as in the time After Trump. Right now, it is hard to see how Trump does not get the GOP nod and no matter which of the two very, very flawed Democrats win the Donkey Party’s nomination, the turnout to date in the Democrat primaries is pretty uninspiring. The people who are coming out are enthusiastic for either the potential female felon or the Santa Claus socialist but there just aren’t many of them. Actually, there is quite an enthusiasm gap between the Jackasses and the Pachyderms.

Let’s face it – as long as Rubio and Cruz split the anti-Trump vote, we are likely looking at yet another extra-constitutional president running an administration based on executive orders, reversing many of Obama’s EO’s and likely creating many of his own – but so what? If it is short term, is that really a bad thing?

Assuming it isn’t a death blow, when faced with an inevitable situation, it is best not to continue to resist the eventual event but to plan how to come out of it with some forward motion. Think if it as accelerating into and through a curve, steering into a skid or using the gravitational pull of the Earth or the moon to slingshot your Firefly class interplanetary freighter on a trajectory to Mars.

I’m not advocating giving up the primary fight and I am certainly not saying we should just “lie back and think of England”, it is learning to play the long game and redirecting forces to serve your ultimate goal. I’m just saying it we are looking at Candidate Trump after Super Tuesday, we better have a backup plan.

A Trump presidency is likely to be a mixed bag for conservatism, a dog’s breakfast of winning and losing but it is very likely to do one thing – create motion. Trump is certainly not “low energy.” The sheer force of Typhoon Donald may not be stoppable but it may be manageable, we may be able to use the unfocused energy to slingshot us in a direction that is more favorable to classical liberalism and fealty to the Constitution than we might have once thought.

I’ve often said that conservatives need to learn to play the long game as well as progressives do. They are truly like a dog with a bone, they never let go of anything. They even use Hollywood to re-litigate the past in an effort to change the outcome of settled issues like Rathergate (Truth), the legitimate blacklisting of communists in Hollywood (Trumbo) and the evils America is presumed to commit (Rendition, Stop Loss, In the Valley of Elah, Redacted).

I can guarantee that progressive Democrats see the two Obama terms as a disappointment – but they know it is only a waypoint on a longer journey to a completely communist state. Understand this – without Obama, there is no way the presidential campaign of a Soviet era socialist relic from Vermont would be greeted with anything other than disdain and a two second laugh before being dismissed out of hand as pure insanity – yet, here we are, feelin’ the Bern!

Why is that? It is because progressives never waste a crisis, a political opportunity or energy of any kind. They use whatever is at their disposal to keep progressivism relentlessly moving even if the current vessel containing their ideology is imperfect. To borrow a little hip hop vernacular, it ain’t about the playa, it is about the game, dawg.

Sort of explains why they are relentless in trying to implement coercive collectivism even though history has proven that it never has worked.

Perhaps we should stop resisting the inevitable and start thinking about how we slingshot the good starship USS Constitution (NCC 1776) around the yuge gas giant, Planet Narcisso, through the DonTrumpian asteroid belt and plot a course back to a limited, tripartite government operating within its enumerated powers.

Maybe classical liberals need to hit the gas and start accelerating into the curve.

9 thoughts on “Accelerating Into The Curve”