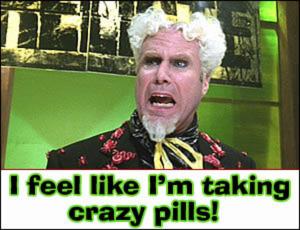 Today I was looking at some old photos of my parents from before I was born (from the mid – 1950’s) and it got me to thinking a lot about technology and how it has changed our lives – from increased in productivity though time saving technologies to the time sucks we have all found to fill those non-work hours. My parents had a full time job when they got home from their paying jobs just to keep a household running – everything took more time to do – cooking, home upkeep, car maintenance – everything…and like many rural families, there was a garden to tend in the spring and summer, livestock to take care of all year round, vegetables and meat to preserve and cure after the harvest (my mom still canned veggies rather than try to freeze them).

I have been wondering why, with all this amazing technology at our fingers, why we have trended toward less freedom rather than more. Has technology contributed to a lackadaisical, lazy attitude about our personal freedom to the point that that laziness has turned into ignorance?

We have it so much easier than we did 30, 20, or even 10 years ago and the lives our parents and grandparents lived would be unthinkable to most of the people 30 years old and under today. One must wonder if the life of ease we have given our children and grandchildren magnify problems that our forebears would have seen as inconsequential to such a point they are willing to sell their liberty for a little false security. Perhaps that explains #feelthebern.

I have written that over 200 years ago, Thomas Robert Malthus proposed that catastrophes such as famine, disease and war are the manners in which Nature culls population. Western Civilization has largely found ways to avoid such catastrophes – or at least to blunt them. That is a wonderful accomplishment – and if one is truly honest about it, the reason for this is that the ideas of individual social and economic freedom are what unleashed the power of the human mind in a scale never seen in world history.

We are undeniably the healthiest, most prosperous, most free and most mobile world that has ever existed (and those things are distributed more widely than ever before) but I have to wonder if our very prosperity is our greatest enemy. I also have to wonder if there is a valid Malthusian perspective where truth and reason are concerned. It seems that while painful catastrophes like the Great Depression and WWII do cull the population, they also serve to cull from society the irrationality, unseriousness and triviality that are so celebrated in our intellectually lazy society today.

I’ve often said that liberty means little to a hungry man – if a man can’t feed his family, high-minded ideals mean little to him – but perhaps liberty means even less to the corpulent man as well. Perhaps the lack of challenge dulls the value of liberty. In this age of plenty, it does seem that modern society goes out of its way to create problems where there are none, exacerbate and elevate even the most trivial issues to crisis level and even in modern societies that are the most open and free of any in the history of the world, there are those who seek to cast themselves as persecuted.

It all seems so counterintuitive. I feel like I’m taking crazy pills.