Virtue signaling. I have written of this before. It is simply a way the progressive left sends messages to the other members of their tribe that the messenger belongs, they are one of the tribe. The screeching of the anti-gun harpies after any major event involving a gun after years long silence over the slow motion carnage in a major city like Chicago completely destroys any credibility they have.

First, let’s settle on a definition – the “assault weapons” the progressive beta males and alpha females desire to ban are actually rifles, aka “long guns”, that are virtually indistinguishable from other semi-automatic rifles in rate of fire or lethality. Actually, the most popular class, the M-16 look alike AR-15, is chambered in the military 5.56 mm round which is the same as the non-military .223 caliber. This caliber is not sufficiently lethal for big game and in most cases, is banned from use in hunting moose, elk or some larger animals.

So now that we have established that these “assault weapons” are rifles, let’s look at a few documented facts from some credible sources that progressives like – government agencies, shall we?

First, under the Public Safety and Recreational Firearms Use Protection Act, H.R.3355, 103rd Congress (1993-1994) (aka the Assault Weapons Ban of 1994), the definition of “semiautomatic assault weapon” included specific semi-automatic firearm models by name, and other semi-automatic firearms that possessed two or more from a set of certain features – as in being able to accept detachable magazines and two or more of the following:

None of which increased the lethality of the weapon – except the grenade launcher – but since public ownership of grenades have been banned since 1934, all that stuff is pretty much cosmetic.

Next, from the FBI’s Uniform Crime Statistics, Expanded Homicide Data Table 8, we find

that the total deaths from all rifles (including those not identified as an “assault weapon”) totaled 248 victims in 2014 (latest year data is available). This data table also shows a decrease in victims in this category every year since 2010 from 367 to 248, a one third decrease. Additionally, from the same database, we find that the total number of homicides involving ALL firearms was 8,124 in 2014. Also from the CDC mortality tables, suicide by firearm account for 25,512 deaths for a total death by firearms in 2014 of 33,636.

So from this data, it seems clear that another ban of “assault weapons” might result in reducing the total number of firearms deaths by 0.74%. I say “might” because a ban would be for the purchase of new weapons and not the ownership of existing weapons. 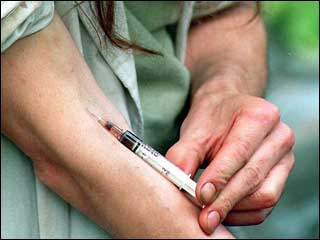 But what about drug overdoses? Since 46,807 more people died as a result of drug overdoses than were killed by rifles (including “assault weapons”), would it not make more sense to ban drugs? Oh, wait…drugs are some of the most regulated substances on the face of the earth. As a matter of fact, the 47,000 overdoses include almost 19,000 deaths from prescription drugs (that’s 40% of the overdose deaths). Why are the progressives not rioting in the streets over drug deaths?

Because it isn’t about death at all. It is about a cynical capitalization of tragedy for political gain.

One thing I have learned over my career is that in negotiations, what the other side fears you will do is not about what you would do, it is based on what they would do in a given circumstance. What this is about is projection, they fear guns not because what you might do but what they would do. They would use any method to resist your control, so they want to remove any possibility for you to resist theirs. It is about creating an emotional appeal to the weak and a weak minded useful idiot majority to remove the last barrier to protecting the Constitution and the liberty it provides. Progressives are never serious about preserving life, only about preserving their morbid grasp on power.

11 thoughts on “Once More Into the Breach”