In economic terms, capitalism features a characteristic called “creative destruction.” Coined by the Austrian-born American economist, Joseph Schumpeter in 1942, he considered it ‘the essential fact about capitalism’. Creative destruction refers to the incessant product and process innovation mechanism by which new production units replace outdated ones. In other words, the capitalist system improves itself and its output through simultaneous creation and destruction as the old makes way for the new. This is how a capitalist economy responds to changes in demand and create more and more system efficiencies. It also, by nature, incremental. Being so guarantees that the creation/destruction process is experienced across the system in small amounts, preventing a massive paradigm shift as the system seeks equilibrium. 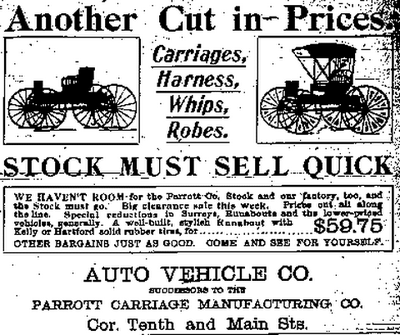 Buggy whip manufacturers give way to automotive parts suppliers, makers of typewriters give way to computer manufacturers, or they morph from one to the other, and so on. One failure common to many theories of governance is that an economy can be “managed”, that committees of planners can react more efficiently than the market itself. This is a belief that has been proven false and yet it persists. This belief creates policies that protect those “too big to fail” and guarantees inefficiency will not be destroyed and replaced until the system becomes too top heavy and topple over, creating situations far worse than allowing the incremental changes necessary in a smoothly functioning economy.

I often think of the economy as a great rubber band that gets stretched by forces from all directions. With no restraints, over time it always returns to a center point of equilibrium. It is when the band is held by some force at one point and is constantly stretched to maintain some “desired” position that it eventually snaps back violently – like the mortgage bubble. The center point is an equilibrium determined by the natural function of the system itself and when not influenced by outside forces, is the most efficient, effective, fair and equitable allocator of resources on the planet. It operates from the moral point where a seller wants to sell and a buyer wants to buy. Two individuals determine what is “fair” and “equitable.”

Our unique system of government, established by the Constitution, shares much in 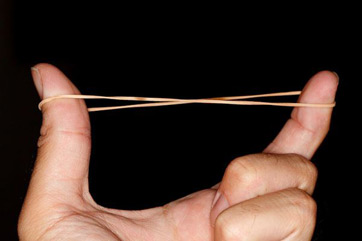 common with a capitalist economy as it too features a form of creative destruction. A representative republic is actually based on change anchored by a transcendent set of principles, its center point. It was built on immutable and transcendent principles like the truth that all men are created equal and liberty for one is liberty for all. Our political system is designed to create an environment as near to the will of the people as any governmental system ever devised. Through elections, federalism and transparency this is market of ideas where ideas are accepted when people are willing to accept them. When people are coerced to accept what they would not freely agree to by some political force, an unfair and inequitable environment is created.

Unfortunately, the free market of ideas is also subject to distortions similar to those of economic origin. The political system can be distorted in such a manner to prevent the oscillation of normal function and when a paradigm shift occurs, it is painful. The best solution is to allow the capitalist political system to function without impediment – but as Instapundit is fond of saying, that interests the ruling elite not because it presents insufficient opportunity for graft.

If one wonders where the great leaders of the past have gone, it is due to a distortion in the market for leadership. Where are the Reagan’s, the Thatcher’s, the Churchill’s et al? If anyone questions why we face the choices for president we face for 2016 this more than any other reason is why. The leadership balloon has burst and we are facing the Great Leadership Recession.

But unlike socialist/communist systems, thankfully our economic and political systems still have the elasticity to self-correct. It may be painful for a while and take a lot of effort to force the ruling elite to let go of the rubber band but equilibrium will be achieved.