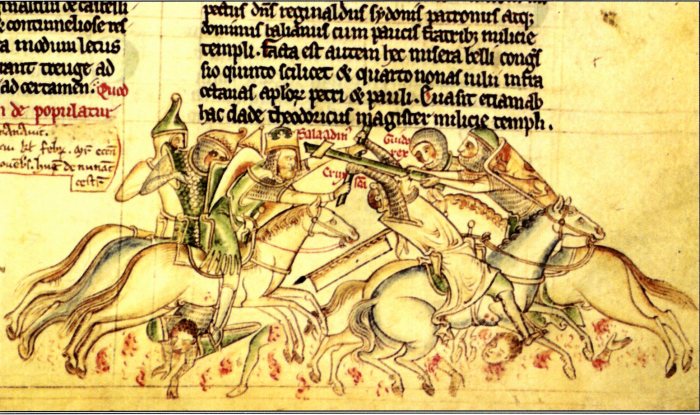 “What do I think of Western civilization? I think it would be a very good idea.”

What follows is less than a scholarly tome. It is an accumulation of thoughts gleaned from a lifetime of personal observation and study, so I only propose it as something to think about.

My premise is this: the most successful and long-lived civilizations of history have the following five characteristics in common and that the loss of any one of the five results in decline, loss of more than one results the fall of the civilization. In these civilizations the overwhelming majority of its members share:

A common theism is important – in order to be a unified civilization and survive challenges from other, competing civilizations, there must be a unity at a spiritual level. Contrary to what our ruling class and he elite academia believe; the rise of Islamic terrorism isn’t driven by economic or political motives. Most academics and devotees of secularism deny that Islamic terrorism has a religious and spiritual genesis because they give little or no credence to their own spirituality and are motivated by a form of dialectic materialism rooted in their own fealty to socialism and communism. Jihadis come from all strata of Islamic and Western society, we have seen the wealthy and the poor, the educated and the ignorant become agents of human destruction. Islamists conceptualize this “struggle” as Islam versus the infidels – this is the only dimension they understand. If Western civilization cannot unite behind a single, motivating, spiritual organizing principle, it will fall. The Crusades are often thought of in pejorative terms but in more visceral times, the Islamic threat was far more obvious and therefore imminently more visible.

A common ideology (and by ideology, I mean a concept of freedom, liberty and the governance necessary to preserve them) is also necessary. A common understanding of the political process, the legal environment and a broad understanding of the governing structure is essential. In order to avoid an arbitrary and capricious nature of savagery, people must be able to predict how their interactions will affect others and what the reaction from those “others” will be. This commonality must also be as minimal as possible – for it to bind all of the civilization, it must be simple and clear enough to be understood by the most common of men in that civilization.

Similar to ideology, a common culture is required – and this doesn’t mean that it is unchanging or without variation, just that it is shared across the civilization as new, unharmful and enhancing aspects of other varying cultures are assimilated (and assimilated is the key point).  Important aspects providing strength to a civilization are the stability and predictability brought about by the common bonds between its people – Rousseau called it a social compact or contract. It is the mutual understanding of how things are going to work in society and what are the expectations of, and duties between, members of the civilization

It goes without saying that the members of a given civilization must actually love – that is to be totally and completely devoted to the aforementioned. Members must value liberty, the systems that protect it, the culture that drives it and the spirituality that preserves it. Absent that level of devotion, the final aspect is impossible and that is the willingness to defend the civilization with force and with the risk of one’s own life.

For better or worse, it seems clear that Western civilization has witnessed varying degrees of success in the intermixing of these five characteristics. It is a personal belief that America’s success has resulted from a) Christianity, b) the classical liberalism of the Declaration of Independence and the Constitution, c) the unique American ability to assimilate the best of the world’s cultures and create a singular American culture, d) the nationalism and patriotism of American exceptionalism and e) the willingness to expend its treasure and give the ultimate sacrifice of American lives to defend the ideals incorporated in these five characteristics and to provide the opportunity for the rest of the world to benefit from them as well.

America’s decline is not an inevitability; it is a choice – we are choosing to violate the characteristics of success. Multiple violations of all five will spell our end just as it has the other great civilizations of antiquity.