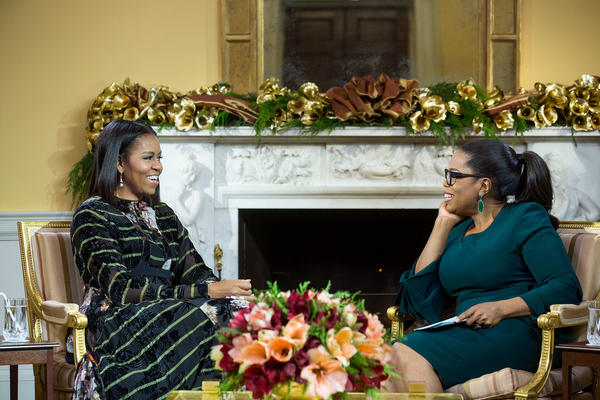 Recently, Oprah Winfrey scored a wide ranging, exclusive interview with Michelle Obama, the outgoing First Lady of the United States. Focusing on what life was going to be like after her husband leaves office in January of 2017, Mrs. Obama had some pointed things to say about their new circumstances.

In the interview, Mrs. Obama said that her husband did deliver on his promises of offering hope to the American people, but that now that Hillary and Bill have screwed up the graft market, “we are feeling what not having hope feels like.”

When pressed on what she meant by that by Ms. Winfrey, she noted that as President, her husband made many promises such as a stimulus plan that would create “shovel ready jobs,” and a health care plan that would lower costs, create jobs, not add to the deficit and give Americans the ability to keep their original plan and doctor if they wanted. The soon to be former First Lady said, “Look. When you meddle in the economy to that degree and put so many regulations on private businesses, you have planted a fertile field to harvest donations from. The more rules you make, the more bucks people will pay to get around them – but now all that has gone to waste. The stupid voters elected a freakin’ billionaire who doesn’t need the money and he’s going to screw this racket up for generations of Democrats to come.”

Of course, all of these promises were eventually exposed as lies but in her words, “Bill Clinton did the same thing and look what he got. Lucrative speaking gigs, a Foundation to collect “donations” [she said while snickering and giving the Oprah a wink] and access to the halls of power all over the world. We counted on Hillary winning to keep that scam going long enough for us to get the Barack, Michelle, Malia and Sasha Family Foundation off the ground but we all know how that withered old crone screwed that up.”

When asked about why she thought Hillary Clinton lost, Mrs. Obama did not mince words.

“Racism,” she replied. “Straight up racism.”

“Do you mean Americans are racist? Oprah asked.

“No. Not all Americans. Of course, there is a VRWRC (a Vast Right Wing Racist Conspiracy) but I mean the Clinton’s themselves. Bill and Hillary hate us because they know that a black man and woman can play a card they can’t to raise money. When Barack went to the Clinton Crime Family Foundation offices to talk about helping us set up our own foundation, Bill Clinton demanded that Barack bring him a cup of coffee before he would even talk to him. Barack was OK with that until Bill said, ‘Not black. I hate black. Lots of creamer. I like my coffee like I like my women – fresh, hot, sweet and WHITE!’ Since Barack beat Hillary in 2008, it is hard to take that as anything but racist.”

“I wouldn’t put it past the Clinton’s to have thrown the election just to eliminate the competition with their so-called “foundation. I mean, we’re not going to be penniless, we still have our salary from the office, Barack will ink several book deals after we leave and MSNBC wants to give me a show but we aren’t going to get a shot at the really big money because Hillary lost. You can’t sell access to power if you don’t have access to power.”

Asked about her husband’s comment that he was “ready for their first REAL vacation”, Mrs. Obama quipped, “Yeah, we are going to miss having the taxpayers foot the bill. If we don’t move to Hawaii, we’ll be stuck with “staycations” in freezing and nasty Chicago or DC. I  guess what he really means is that he won’t have to ditch the Secret Service details anymore when he goes to all those bath houses he likes so much. Harry Reid had it right, he is articulate and “clean”. I mean anyone who takes so many baths has to be clean, right?”

“Do you have any parting words as your time in the White House ends?” Ms. Winfrey asked.

“You bet. ‘Fuck you, Bill and Hillary.’ How about that for some last words?”