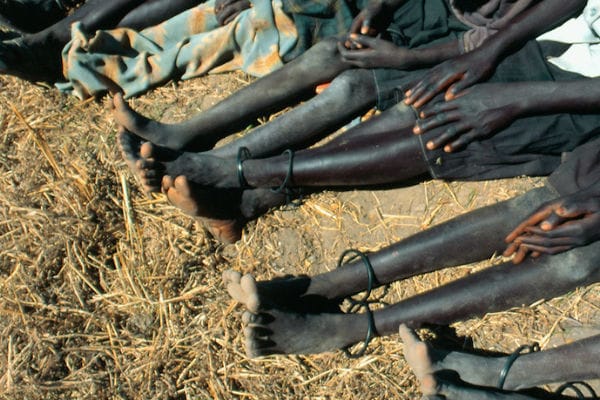 To use a classical reference, “”Fox Butterfield, Is That You?” (courtesy of the estimable James Taranto of the Wall Street Journal)
The Democrats are talking “reparations” as a party platform plank for the coming elections. I went to the notorious right wing propaganda rag, the Washington Post, to learn me some knowledge (my comments follow quotes from the article).

“If your goal is to have as few slaves as possible — Walk Free says it is working to eradicate the practice in one generation’s time — then this map is very important, because it shows you which countries have the most slaves and thus which governments can do the most to reduce the global number of slaves. In that sense, the United States could stand to do a lot.”

According to this same article, there are around 60,000 “slaves” in America – roughly the same number as die of drug overdoses – 0.018% of the population. The WaPo might have missed it since they don’t know much about history but slavery was abolished in December 1865 with the Thirteenth Amendment.

“You don’t have to go far to see slavery in America. Here in Washington, D.C., you can sometimes spot them on certain streets, late at night. Not all sex workers or “prostitutes” are slaves, of course; plenty have chosen the work voluntarily and can leave it freely. But, as the 2007 documentary “Very Young Girls” demonstrated, many are coerced into participating at a young age and gradually shifted into a life that very much resembles slavery.”

Hookers are counted as “slaves”. Prostitution, corruption of minors are both

already against the law. It is the left that constantly tells us that a what a woman does with her body is her choice and that kids are adults, too.

“A less visible but still prevalent form of slavery in America involves illegal migrant laborers who are lured with the promise of work and then manipulated into forced servitude, living without wages or freedom of movement, under constant threat of being turned over to the police should they let up in their work. Walk Free cites “a highly developed criminal economy that preys on economic migrants, trafficking and enslaving them.” That economy stretches from the migrants’ home countries right to the United States.”

Human trafficking and undocumented immigration are both illegal. It is the left that constantly frustrates policies to secure the border.
America isn’t the land of slaves by any stretch of the imagination – India and Africa are.
The fact the progressive left fights policies that would virtually eliminate contemporary “slavery” in America (as they define it) while pushing for reparations for 13% of the population due to an institution that was abolished 153 years ago means they care more about political advantage than addressing the issue.
Interesting that the population of communist countries like North Korea and China aren’t considered slaves. I guess when a government makes everybody is a slave, then no one is.

One thought on “Slavery in America”