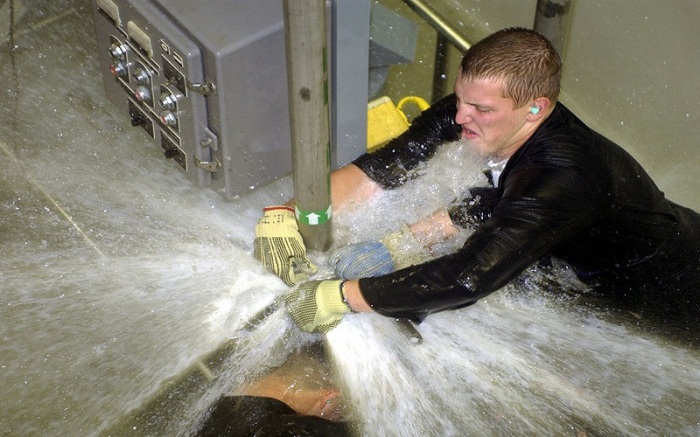 Yesterday, I posted that I think Trump’s support is more pragmatic than populist. In my lexicon, “populism” is more of an emotional term indicating the feeling of people whereas “pragmatism” is more process and results oriented.

I was asked to explain that in more detail, so I came up with this example:

Say you woke up this morning and staggered downstairs for your first cup of coffee and when you get to the bottom of the stairs, you are immediatley greeted with water pouring from the ceiling – you have a broken pipe from your upstairs bathroom and it is flooding the kitchen.

At this point, is your first thought, “Man, I hope a (choose one or more of the following)
[white/black/brown/yellow/Jew/Christian/Muslim/LGBTQ/capitalist/socialist/Marxist/communist] plumber who is [faithful/unfaithful] to his [wife/partner/main squeeze] is available?”

My guess is no.

My guess is that you really don’t care – all you see is a massive problem that you need to have solved and you will run through a list of plumbers to find the first person who can show up to solve the problem. 99.997% of the people faced with this situation just want the water stopped and they don’t care who does it.

The immediate goal of the activity is to solve the problem, not who solves it.

This is why I think, as long as Trump continues to solve problems people want solved, they will continue to support him, no matter how much and how stinky the poo the media and Democrats fling at him.

I think the lesson that is being taught now is that what politicians have done for decades is to virtue signal to their bases rather than solve problems. Trump doesn’t care about virtue signalling, he is interested in solving problems. He may not pick the right solution but one thing he has demonstrated is a lack of concern about changing people or direction.

Trump as president is like having a polyamorous black pansexual handicapable plumber who identifies as a Chinese communist – but who stops your leak immediatley. It’s about solving the problem, not the preferred pronoun of who does it.