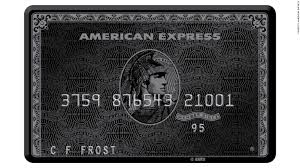 Discrimination has a legitimate role in societies…and by that I don’t mean the evil connotation of discrimination, I mean the denotation of “recognition and understanding of the difference between one thing and another.”

In nature – and even in medicine – we see how an organism reacts to a foreign body. In a human, the body attacks it (even if it is a transplanted organ), burning it up (fever), surrounding it with other tissues (tumors) or destroying it with the immune system (bacteria, viruses). Smaller single celled organisms often simply expel particles through their cell walls.

If we force an organism to retain the foreign body, it often dies. If it doesn’t, it is severely handicapped – even humans are subjected to anti-rejection drug regimens to prevent the body from killing the new, life-sustaining organ. Untreated, the human will die but living with a transplanted organ requires alterations in lifestyle.

Societies are subject to the same natural laws. The behave like living organisms and as such have mechanisms to expel foreign bodies. People with abnormal or aberrant behaviors and criminals are ostracized because they don’t follow accepted societal rules. Societies will also try to expel those people who simply disagree with the established parameters of the society. We see this in the self-segregation of communities along racial, ethnic, national origin or religious lines.

I’m not saying this is right or wrong but all you must do is to observe behaviors in any major city or be witness to the activities of the various “safe space”, blacklivesmatter or the LGBTQ/gender-fluid groups and you will see the efforts to self-segregate. Humans have an innate tribal desire to be surrounded by people like them – and as much as race-baiters want people to believe it, it isn’t always about race. People live in teeming, multicultural cities but still avoid certain areas – not because they are predominantly minorities, often it is to avoid the crime or violence inherent in those areas. The same self-segregation is seen in other, more monolithic countries as well – I’ve personally seen it in major cities in India, China and Thailand where one race is the overwhelming majority and yet the segregation persists.

It would be dishonest not to recognize that economic status plays a role as well. Unskilled, poorly educated people tend to be segregated due to low economic status…but social scientists have even reported micro-segregation within those communities that mimics more that in more economically advantaged areas.

When self-segregated groups organize, they often demand the benefits only available in the larger groups – economic mobility, changes in societal status and other opportunities are often only available in segregations of people who exhibit behaviors that create such conditions – two parent families, marriage, placing value on education, access to helpful social and professional connections – all play a part in social and economic success. When a group segregates itself from these behaviors, it is simply impossible for that group to experience the same opportunities – and those opportunities cannot be given or transferred. As the old American Express ads from the 1980’s stated, “Membership has its privileges.”

Such societal organizational dynamics are affected by forced integration. Much like a primitive organism or a complex human body that have had a foreign body installed (a particle of dirt in an amoeba or a transplanted organ in a human), the host will naturally resist and try to reject it – but the more the foreign body is able to adapt to the host (either the dirt is really a food particle or the human get a transplant from a very close familial DNA match), the more likely there is to be harmony within the system.

The fact that poverty rate in America had dropped from 1950 until the “War on Poverty” was declared in the 1960’s seems to be a validation. When both white and black Americans pursued the cultural model of a stable home brought about by marriage, a system of morals taught through religion, a strong work ethic, a reverence for teachers and education and a devotion to self-reliance, they were members of the same group. When the swinging 60’s sought to destroy that cultural model, only a minority of blacks and a smaller majority of whites clung to that cultural model and only they continued to prosper. It wasn’t as much about race as it was about behaviors.

Even today, there are known behaviors and characteristics (not exclusive or limited to a race) that result in a better chance of social and economic success. Personally, I don’t think there has been a time in human history when opportunities for all have been so plentiful – it’s just that some groups value tribal identity over success even if it means life will be far more difficult. They would rather self-segregate and demand of other groups that which it is impossible for the other groups to give.