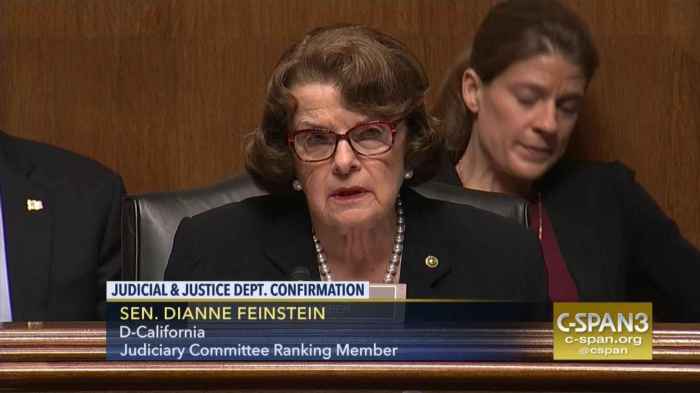 If Senator Dianne Feinstein’s revelation that she has a letter from some unnamed someone who does not wish to be identified accusing a Republican President’s Supreme Court nominee of some sort of alleged sexual misconduct in high school that was passed to her by a Democrat state representative from California surprises you, it really shouldn’t.

Democrats are no strangers to lying for political advantage.

In 2010, the Democrats and President Obama knowingly lied about Obamacare.

As revealed by a prime Obamacare architect, Jonathan Gruber, a professor at MIT, “You can’t do it political, you just literally cannot do it. Transparent financing and also transparent spending. I mean, this bill was written in a tortured way to make sure CBO did not score the mandate as taxes. If CBO scored the mandate as taxes the bill dies. Okay? So it’s written to do that. In terms of risk rated subsidies, if you had a law which said that healthy people are going to pay in, you made explicit healthy people pay in and sick people get money, it would not have passed. Lack of transparency is a huge political advantage. And basically, call it the stupidity of the American voter or whatever, but basically that was really, really critical to get for the thing to pass. Look, I wish Mark was right that we could make it all transparent, but I’d rather have this law than not.”

Obamacare was based on such a blatant lie, the left-excusing PolitiFact named “If you like your health care plan, you can keep it,” the Lie of the Year for 2013 (thee years after everybody else knew it – but all in good time, I guess).

In an interview in July of 2012, then Senate Majority Leader Harry Reid claimed that an “unnamed investor in Mitt Romney’s company, Bain Capital, told him that Romney hadn’t paid any taxes for 10 years”. On August 2nd, he took to the floor of the Senate to openly lie that GOP presidential nominee hadn’t paid taxes for the past decade, saying, “As we know, he has refused to release his tax returns. If a person coming before this body wanted to be a Cabinet officer, he couldn’t be if he had the same refusal Mitt Romney does about tax returns. So, the word is out that he has not paid any taxes for 10 years. Let him prove he has paid taxes, because he has not.” Reid followed that up later that same day with a statement that included this: “There is a controversy because the Republican presidential nominee, Governor Mitt Romney, refuses to release his tax returns. As I said before, I was told by an extremely credible source that Romney has not paid taxes for ten years.”

When asked about it in a 2015 CNN interview, Reid was not just unapologetic, he seemed proud, emphatically stating, “They can call it whatever they want. Romney didn’t win, did he?”

On September 11, 2012, not long after the Harry Reid Clown Show, Susan Rice, Hillary Clinton and President Obama all lied about an organized terrorist attack in Benghazi, Libya that took American lives, claiming it wasn’t terrorism, it wasn’t planned, and it was all caused by a YouTube video mocking Islam when they all knew at the time that none of that was true but there was a re-election effort to protect and fund raising trips to do, so there is that to consider. They went so far to keep the lie in play, they pressured the LA cops to put the video’s maker in jail.

In late 2015, presumptive Democrat presidential nominee, Hillary Rodham Clinton began lying about her home-brewed bathroom email server and the classified information that was transferred via it.

Only now, it appears the only “collusion” was between the Democrats and the Russians and this whole Mueller Travelling Circus may next be setting up its three rings in Democrat Town, USA for a lengthy engagement.