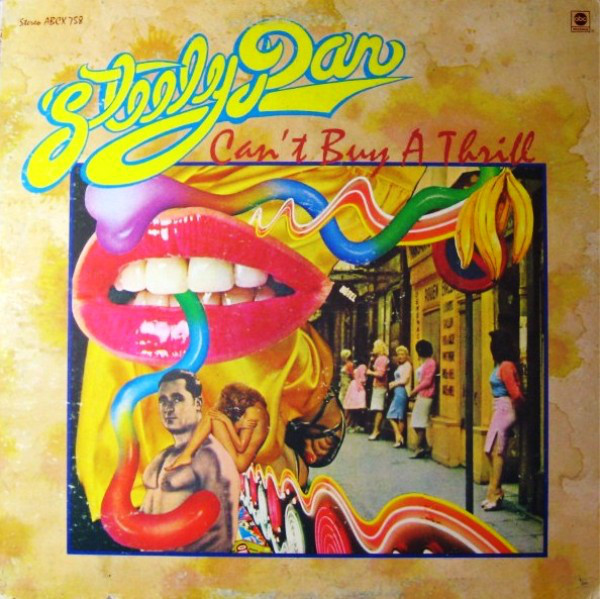 I’ve been a Steely Dan devotee since I first listened to the album “Can’t Buy A Thrill” back in the summer of 1973 – the last summer before I entered high school. Walter Becker and Donald Fagen wrote and performed songs that were truly an intellectual step above the emotions of the times and that is borne out every year that passes.

When I heard Democrat Judiciary Committee member, Mazie Hirono, tell people that a major fault of the Democrats is that they are simply smarter than the average bear (a gratuitous nod to a vintage cartoon character), I immediately thought of the Dan’S song, “Reelin’ in the Years.”

“You been tellin’ me you’re a genius

Since you were seventeen

In all the time I’ve known you

I still don’t know what you mean…”

Crazie Mazie Hirono, the mentally deficient junior Senator from the People’s Democratic Republic of Hawaii, having just participated in one of the greatest Kafkaesque, fact, evidence and truth free, orgiastic postmodernist celebration of weapons grade dumbassery in recent memory – the “advise and consent” confirmation hearing/show trial of Associate Justice of the Supreme Court, Brett Kavanaugh, now says he believes Democrats have trouble relating to the great unwashed because the Democrats are too intellectual, too smart, appeal to people’s minds and not their hearts and jut “know too much”.

“The weekend at the college

The things that pass for knowledge

I emphatically and unreservedly agree with her. I think Democrats DO know too much – it’s just that, as Ronald Reagan accurately said, “The trouble with our Liberal friends is not that they’re ignorant; it’s just that they know so much that isn’t so.” I understand the Kavanaugh hearing was a televised episode of planned, coordinated political murder but it also displayed how little concern for facts, evidence and the truth Democrats have when those things stand in the way of their agenda…and the masses of their supporters prove the Democrats disdain for their intellectual capacity is proven as, even today, there are still Democrats who believe the evidence free accusations of sexual misconduct, drunken debauchery and serial lying.

Maybe the Democrat rank and file is as stupid as Hirono obviously thinks.

”But you wouldn’t know a diamond

If you held it in your hand

The things you think are precious

Again, there is nothing wrong with being serious about serious things but as I have noted on several occasions, what passes for seriousness on the left is ridiculous. I would posit that whether Disney cartoons are paeans to white supremacy, Charlie Brown is racist, whether “Baby, It’s Cold Outside” glorifies rape or whether Rudolph the Red-Nosed Reindeer is a misogynist – are not matters of such a degree of weighty seriousness that they should even be subject to debate.

I can’t wait until some lefty social justice tool notices the “handicapable” toys in “Rudolph” that were exiled to Island of Misfit Toys and that becomes the subject of Democrat outrage!

“I spend a lot of money

And I spent a lot of time

The trip we made in Hollywood

Is etched upon my mind

After all the things we’ve done and seen

You find another man

The things you think are useless

Facts and context are useless to a postmodernist, which most Democrats are – and most certainly are ALL Democrats in leadership positions – and those things tend to get in the way of the “Well, gosh darn it, we’re smarter, holier and just better than you in every way” narrative.

But here we are, we’re reelin’ in the years, stowing away the time, gathering up the tears, I’ve given enough of mine.

One thought on “Can’t Buy a Thrill”