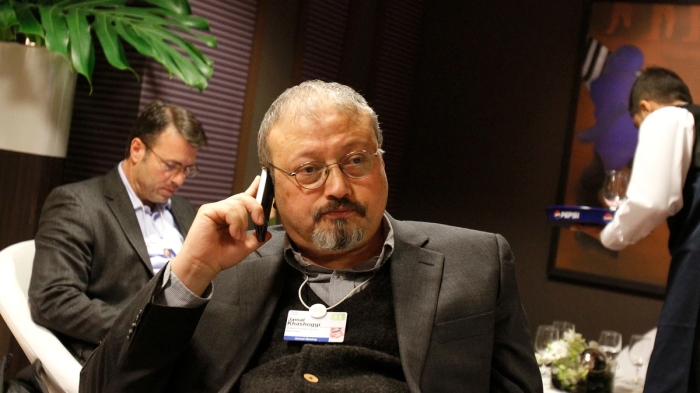 The obsessive media frenzy regarding the recycling of the Washington Post “journalist”, Jamal Khashoggi – who happened to be a Saudi national and not to be a U.S. citizen (he was a U.S. “resident”) is really something amazingly educational to observe.
It illustrates some important characteristics of our friends on the progressive left.
First, the left has demanded a reaction to the murder of a non-citizen in far stronger terms than the reaction they demand for the death of a citizen at the hands of a foreign entity – if they demand a reaction at all. Take the murder of Kate Steinle for example (or any other U.S. citizen killed by an illegal immigrant). The left uniformly and routinely lines up against prosecution of any illegal alien when such crimes are committed against U.S. citizens, taking the side of the alien against the legal citizenry – to the point of opposing even the apprehension of such perpetrators by refusing to cooperate with federal immigration authorities and creating legal safe havens for border jumpers (sanctuary cities and states).
It should also be mentioned that some progressives say that if we were outraged over the failures of the Obama administration (including and specifically Obama and Hillary Clinton themselves) in Benghazi, lest we be hypocrites, we must also be outraged over the and Saudi Mukhabarat’s offing of Khashoggi – but such an assertion is simply an exercise in false equivalency, an exercise without which the American progressive left cannot survive. Merely being a freelance contributor to the Washington Post did not guarantee Khashoggi the same expectation of protection in a foreign land that should be expected by an actual citizen of the United States. Unlike Khash, the four victims of the coordinated jihadi murders in Benghazi WERE U.S. citizens, DID serve under the direct employ of the United States – two of which, Chris Stevens and Sean Smith, were State Department employees and the other two, Tyrone Woods and Glen Doherty were CIA contractors – and HAD every right to expect the full support and protection of American power, something they were directly denied (and depending on which version you believe, were denied that protection multiple times and from the highest levels of the U.S. government).
The Democrats and the media (but I repeat myself) now want us to go to war with Saudi Arabia over the alleged state-sanctioned murder of a single foreign employee/contractor of a leftist newspaper. I guess if the people killed in Benghazi had been reporters for the Washington Post instead of ex-military CIA contractors, a U.S. Foreign Service Information Management Officer and an expendable gun-running (allegedly) officer of the State Department, they might still be alive.
The volume of outrage emanating from the progressive left also indicates another tell (a poker term) – it is that they consider citizenship to be a matter of ideology rather than constitutional membership in a nation. I almost used the term “government” to pair with ideology until I realized that even membership in government grants no rights – employees, like those killed in Benghazi, are not “citizens” of the American progressive Utopia if their existence (or deaths) are unhelpful to the leftist cause.
The only reason Khashoggi’s appearance in an Istanbul Ginsu knife informercial (allegedly sponsored by Mohammed bin Salman) is front page news (as opposed to the frequent systematic and ritual murders of journalists in Latin America) is that his death is helpful to the progressive left’s political attacks on the current U.S. Administration. Benghazi was not helpful – but one must remember Democrats had a presidential election to win and a progressive President and SecState to protect (herself a future Democrat presidential candidate).
The way Khashoggi involuntarily joined the green revolution (reduce, reuse and recycle) and contributed to the reduction of climate change by eliminating his own carbon footprint is morally reprehensible – and people have every right to express their outrage but to grant him some sort of special citizenship as true citizens of the United States and their families suffer is a level of callous evil that is demonstratably worse.

One thought on “Khashing In”