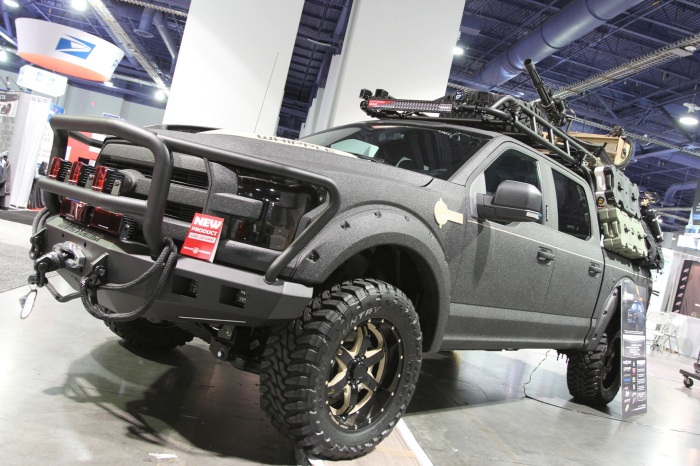 Yesterday, after conducting a SDR (surveillance detection run), I mounted my up-armored Ford F-150 4X4 and braved the dystopian landscape to trek to one of our local food distribution centers, carefully avoiding the Coronazombies and the ever-present gelatinous blobs of Covidity floating in the atmosphere- both just waiting for a helpless, hapless human to pass within their 6 foot reach.

What I saw was shocking.

Cast against a backdrop of privation and disaster relentlessly broadcast by the media, my surprised optical orbs beheld fully stocked shelves – even in the paper products aisles! And donuts…those lovely, sugar glazed and chocolate covered life giving confectionery tori (the plural of torus), packaged in half-dozen, dozen and two dozen survival packs…and they were FRESH! Clearly, the bakery folks had hired blockade runners to deliver such sustenance. My hat is doffed to such bravery!

There were shelves upon shelves of sugar frosted cereal products. Many beasts had been slain and butchered to fill the refrigerated animal protein cases – pork, chicken, beef – all alongside a plethora of fish and crustacean choices. Apparently brought in by rustlers and pirates – because all other industry has ceased functioning.

And the black market fresh vegetables…mine eyes have seldom beheld such freshly spritzed bounty, filling the cornucopia! How the gods have blessed us!

Having secured the required bags of cheese and bread products to create the crispy and melty sandwiches augmenting the excellent chili produced by my senior officer of home defense, my wife, I sought to make a peaceful and uneventful return to the bunker.

I exited the distribution center and much to my dismay, I encountered a group of two strangely attired people. They seemed normal at first look but the faces of these supposed “humans” were covered with white masking devices and they held “sanitizing wipes” in their blue colored nitrile gloved hands. One was wearing a sweatshirt emblazoned with “Kiss me, I’m Irish!”, an obvious camouflaging technique to blend in.

Didn’t fool me. Not one bit. Saw right through it. I have experience in such techniques of urban deception as I often wander the grocery aisles in sweatpants, a tee shirt and a cap.

As I watched from a safe distance, the mindless automatons, motivated only by hunger for human brains, began some sort of ritual, reverently walking around the trolley pen, selecting one of the rolling conveyances with properly functioning casters and then wiping down the shopping trolley with the “sanitizing wipes”.

The wiping was done with such a degree of exacting reverence, I immediately deduced it was some sort of zombie religious ritual. Perhaps an homage to a zombie god for the anticipated feast once they gained entry to the food distribution facility.

So, carefully avoiding the dangerous floating gelatinous Covidity blobs, I withdrew my carry weapon and silently drew closer to the dull-witted zombies, carefully remaining outside the 6 foot protective radius. As I yelled, “Die, you zombie scum!” at the top of my lungs, I put them down. Two to the chest and one to the head.

I had to protect the uninfected. What other choice did I have? Donuts were at risk, for God’s sake!

I then sought to return home by a different route to avoid detection by the roaming zombie hordes who were no doubt foraging the empty streets – but my best efforts were for naught. I was followed by a police car with flashing lights – I supposed in honor and recognition of the public service I had just performed in the Fresh Market parking lot.

I just couldn’t wait to tell my wife about the wonderful escort I received from our local Police and Sheriff’s departments. It was clear that these guys recognized the skills of a fellow professional.

3 thoughts on “Outside the Wire”