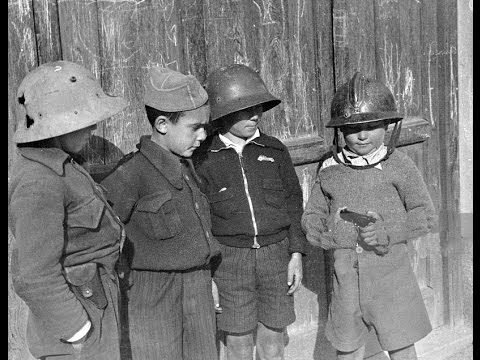 It is neither stunning nor brave to fight a war that has already been won, but that is what many “movements” do.

They continue to “fight” even when there are no shots being fired, no bombs being dropped and no men in the field but they do this because there is no danger to them of being shot, blown up or captured. There is no risk in fighting such a war.

If there is no risk, why not fight? Who would ever not do anything that presented no risk, only reward? Worst case, you wind up at the exact same place as you started – but if you did win, you can continue to brow beat your opponent for things he did not do to your satisfaction – but in the end these “wars” are little more play acting.

Much as kids playing “war” or “Cowboys and Indians” (oh my, how insensitive of me), it’s just make-believe. It is theater. No booty is taken, no lands are secured, no high ground won. Everything goes back to reality with the rising sun of the next day – unless the loser lends credibility to the victor by abiding by his rules, by acting and living as if the war was real.

In my youth, we often agreed not to go to certain places on the farm that were “enemy territory”. There were also places on the playground at school that were “won” and “controlled” by both our side and opposing forces and considered off limits by each – but there were no physical lines drawn, no permanent barriers constructed.

Those treaties and boundaries existed only IN OUR MINDS by mutual agreement of the opposing forces. There were boundaries only in a de jure sense (we respected them) rather than in a de facto sense (no permanent lines were drawn on any maps.

What happened when one side did not agree or one side stepped outside the de jure (the agreed) boundaries? The play “war” stopped because mutual agreement was necessary to remain in a state of play.

That’s what is happening to society now. Many of these “wars” have been fought and won but the winners are now trying to renegotiate our surrender and get even better terms. They are trying to redraw the boundaries of the territory ceded in surrender. That this is true is evident in all the kneeling, the apologies, the aggressive virtue signalling, corporations paying millions in street taxes, the establishment of “autonomous zones” and politicians madly rushing to make new regulations and pass new laws.
The only reason the fight continues is because we are agreeing to allow it to continue – even though the opposition has broken the terms of our armistice.

Sometimes playground wars have real consequences. We must learn to stop our opposition from taking or lunch money.