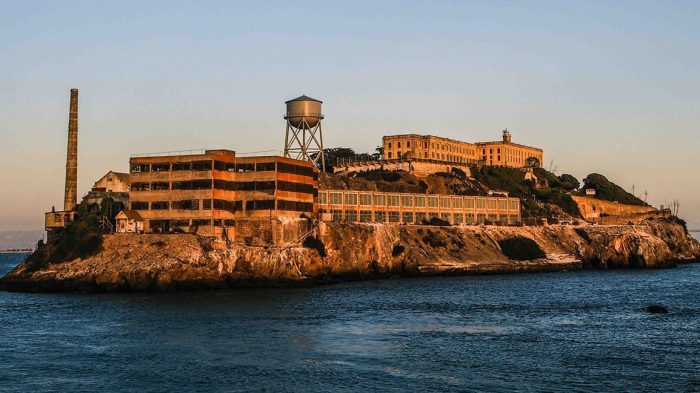 In his 1942 book, “The Myth of Sisyphus”, French Philosopher Albert Camus wrote, “The absurd does not liberate; it binds. It does not authorize all actions. ‘Everything is permitted’ does not mean that nothing is forbidden…”

It is important to recognize absurdity when it presents itself. If there is such a thing as a laboratory of absurdity, one currently engaged in human experimentation, I can think of no better contemporary example than San Francisco.

Even San Francisco’s demography is absurd in its composition. The dichotomies are stark and well defined. Extreme wealth on one side, concomitant with exorbitant real estate prices and rents and on the other a growing homeless population and drug culture who defecates on the streets and tosses spent drug paraphernalia in the same city parks where the nannies take children of the elites to play.

According to several sources, there really isn’t a middle class in SFO – at least not one that would meet the traditional perception of American middle class. In March of this year, an article in the New York Times noted that for workers earning less than $90,000 a year (take home of $65K), “Shared bathrooms at the end of the hall and having no individual kitchen or living room is becoming less weird for some of the city’s workers…”

They go on to note that “…the middle-class backbone of San Francisco — maître d’s, teachers, bookstore managers, lounge musicians, copywriters and merchandise planners — are engaging in an unusual experiment in communal living: They are moving into dorms.”

From afar, there seems to be two social systems at play here – one that the elites impose on their membership and one for the underclass – the poor, the immigrants and the homeless. The structure for the elites is rigid, government by the progressive ideals of higher taxes, “approved” speech and so-called “social justice”. Essentially, this is nothing but virtue signaling – but the elites of San Fran seem to be less interested in the magnitude of actual virtue and more interested in the amplitude of the signal.

For the underclass, far less is expected. Treated as animals, the domesticated varieties are tolerated as the housekeepers, the nannies, the landscapers and as the NYT noted the “maître d’s, teachers, bookstore managers, lounge musicians, copywriters and merchandise planners”.

Then there are the varieties that are not domesticated. The homeless, the deviants, the drug abusers and the street people who are treated as wild animals, free to roam where they choose and live as a wild beast would live. While the domesticated beasts are expected to conform to certain rules of polite society to assure their daily portions of hay are doled out, the wildlings suffer no such restrictions. They are free range sub-humans and in the mind of the elites, must be cared for simply because they are dumb beasts of the field – I mean, every environmentalist worth their salt should care for the beasts of the field, correct?

I find it striking how much the contemporary San Francisco society mirrors that of the Morlocks and the Eloi of H. G. Wells’ classic novel, “The Time Machine”. In Wells’ tale, the people who kept the machines running, the Morlocks, were once the underclass, and the Eloi, once the carefree elite, had evolved into food stock for the Morlocks.

Of course, the elites of San Fran don’t eat the Eloi as the Morlocks did, but these modern Morlocks do “consume” them as they use their bodies and hands to do the simpler tasks of child care, landscaping, and other service jobs. While the activities performed by the domesticated underclass are important, in the day to day world of the San Fran Morlocks, the individuals of the underclass do not occupy positions of significance – the individual members of the domesticated underclass are faceless and expendable.

And that is their real logic for open borders and “sanctuary cities”.

As Wells revealed, this societal organization of technology driven Morlocks and ignorant, fawn-like Eloi cannot survive. Eventually the Eloi will realize that they are just food for the Morlocks.

This is not an argument for the current trend of democratic socialism – because that is exactly what caused this divide in the first place. Morlocks love socialism because it allows them to protect their own assets and positions. Such also creates a feeling of superiority as they create ever more programs to “help” the less fortunate, while in the shadows carving out even more power and protection for themselves.

Think of San Francisco as the Democrat National Committee in 2006, the elites as Dem super delegates and the underclass as Berniebots and you won’t be far wrong.