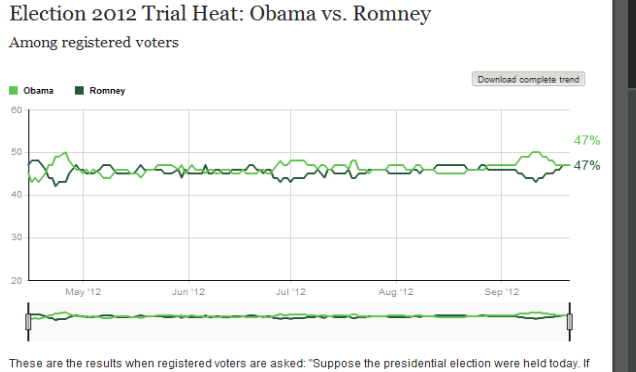 For the past couple of months, there has been a massive amount of “wishcasting” by the liberals and the media (but I repeat myself). No less than a half a dozen times have pundits declared, with absolute solemn certitude, that the Romney campaign is “dead” and the election is “over” for one supposed “gaffe” or another.

Romney spoke the truth about the London Olympic Games by saying what the media over here had been saying for months – game over.

Harry Reid says that Romney didn’t pay taxes for the past ten years, Romney releases his 2011 returns and a summary of 20 years of returns, certified by a major accounting firm, indicating that he not only paid taxes, in 2011, he paid more than was required while also donating four million dollars to charity (wonder where Soros and WarBuff are on this). Media reports this as a disaster for Romney and one more time – OMG! Game over!

Romney again spoke the truth about the Libyan consulate attack, a truth that is being reinforced as each day passes – yet the media punditry say that it is game over…again.

Romney says that the Palestinians have no interest in making peace with Israel – and since history supports him, of course, it is game over.

Tim Graham at NewsBusters notes the downfall of Romney dirge chanted at NPR with Gregorian precision by a roundtable of lefty pundits and a faux-conservative, David Brooks:

On Friday’s All Things Considered, NPR anchor Robert Siegel wasn’t mincing words about wanting the 2012 presidential race to be over after the secret Romney tape surfaced: ” What do you make of that shift, E.J.? Is it just a terrible week with several more weeks to go in the campaign or did the wheels just fall off the Republican campaign?”

Romney clearly spoke the truth about the 47% when he said that we have created a culture of dependency and that lowering taxes for people who don’t pay taxes is foolish and yet in this morning’s Independent newspaper here in the UK in a column titled “Can Obama win again? Yes he can!” Romney is a loser again:

Largely responsible for this transformation, of course, have been the recent travails of Mitt Romney. Last week was surely his worst of the campaign so far. It began with the reports of infighting among senior staff, always a sure sign that things are not going well. That was quickly followed by the leak of the secretly filmed video of a $50,000-a-plate fundraising dinner in Florida, where candidate Romney confided that 47 per cent of Americans were scrounging parasites who considered themselves to be “victims”.

Damn, it is over ain’t it, dog? Wheels off for reals, homes. Game over for Romney, right?

Not quite. The only polls that show Obama ahead are those that clearly oversample Democrats over Republicans and the daily tracking polls have the race at a statistical dead heat, so if the Romney campaign is dead and the election is over – when is someone going to tell the American people? I guess we Romney supporters are too stupid to see how badly our candidate is doing.

Other examples of the Romney campaign’s ineptness and failures include:

And these were all just news that I can remember without research from the past couple of weeks.

Oh, wait. I’m sorry…That was the past few weeks for the current President, not the challenger Mitt Romney’s disastrous, no good, epically bad weeks when he rose to a solid tie in the polls in spite of a 24/7 onslaught of in-kind campaign contributions from the national media to the Obama campaign.

We have also been witness to evolution of Obama’s own 24 hour shopping channel in the form of MSNBC. 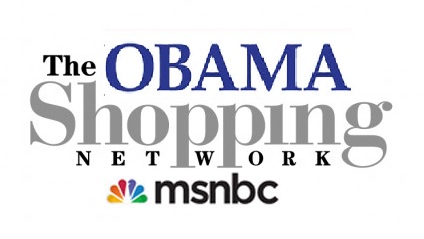 In any honest assessment, it would seem that the Romney “game over” meme is purely a creation of the official Obama Palace Guard – the compliant media – with no true connection to reality.

This is a common contemporary media/liberal quirk called “wishcasting”. Wishcasting is when someone continues to repeat over and over something that they wish to be true in in the face of insurmountable facts and evidence to the contrary. Weighted but un-skewed polls are showing Obama losing big and in a sign that the internal polls are trending badly, the Obama campaign now says to ignore the national polls, they don’t matter.

Except this time, there is no spell by Glinda the Good Witch of the South.

There are no ruby slippers (although I’m sure The First Gay President would look simply fab in them).

There is only cold hard reality of a failed presidency and a sycophantic media bent on prostituting themselves for their Precious by lying, obfuscating, omitting, slanting and ignoring anything that would detract from the goal of a securing a disastrous second term for Obama.

Toto, I’ve a feeling we’re not in Kansas any more.

12 thoughts on “We Are Not In Kansas Any More”